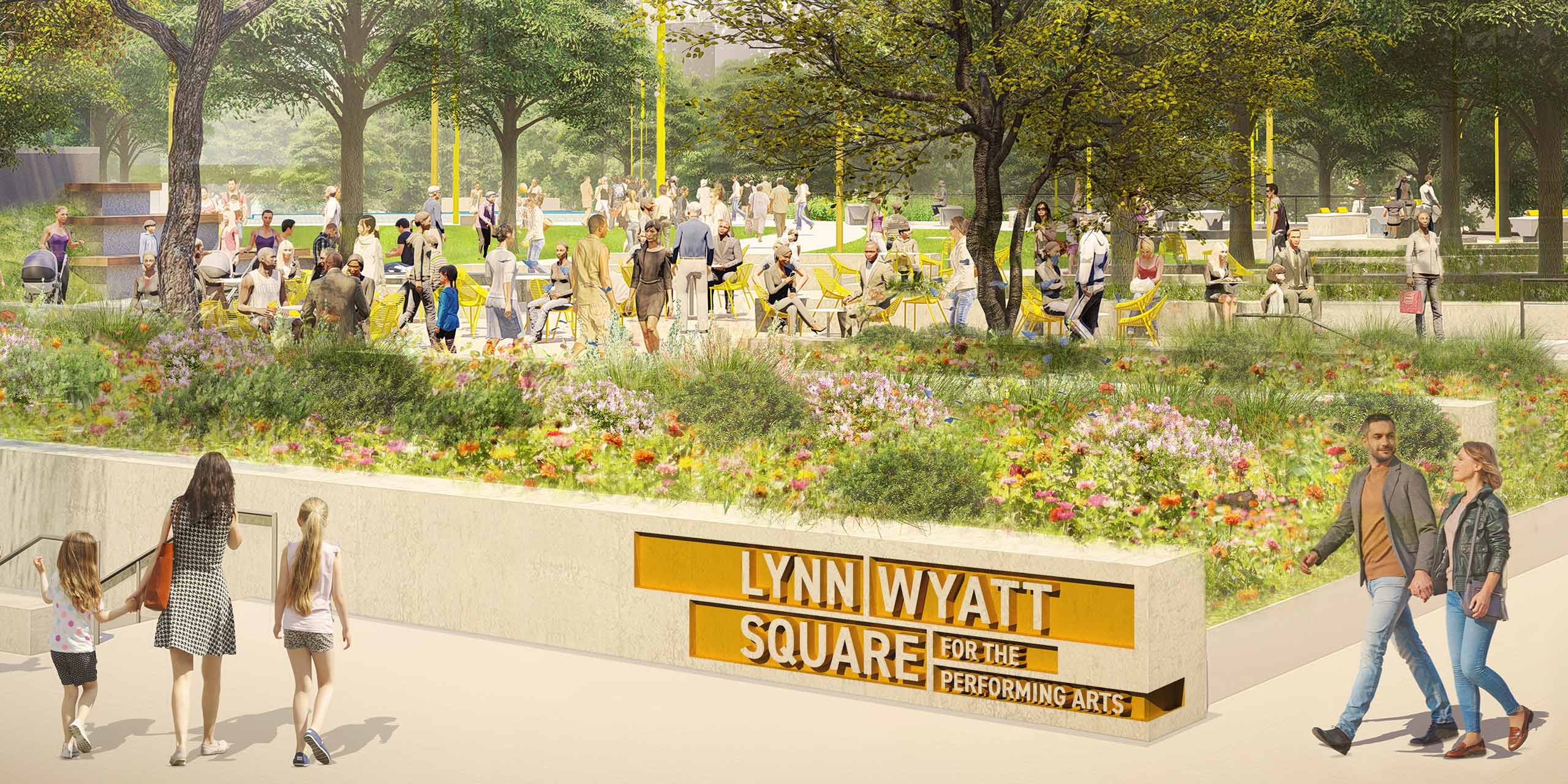 When Houston native and longtime supporter of the arts Lynn Wyatt announced a gift that would rename Jones Plaza as Lynn Wyatt Square, the team knew the visual identity had to be as dynamic as both the square redesign and Lynn Wyatt herself.

The Lynn Wyatt Square for the Performing Arts lies at the epicenter of the Theater District, creating a central green space that will host performances, community events, and serve as a crossing point for pedestrians traversing the district.

From the beginning, there was an exciting tension between the idea of the logo for the Square being a square, and the graceful arcs that guide visitors through it. In the end, we kept the proportions of the square, but allowed each word to shift and slide until the composition gained the fluidity of a dancer’s movement. The vibrant yellow color is likewise inspired by the signature palette of site furnishings that will be instantly recognizable amid the lush plantings. 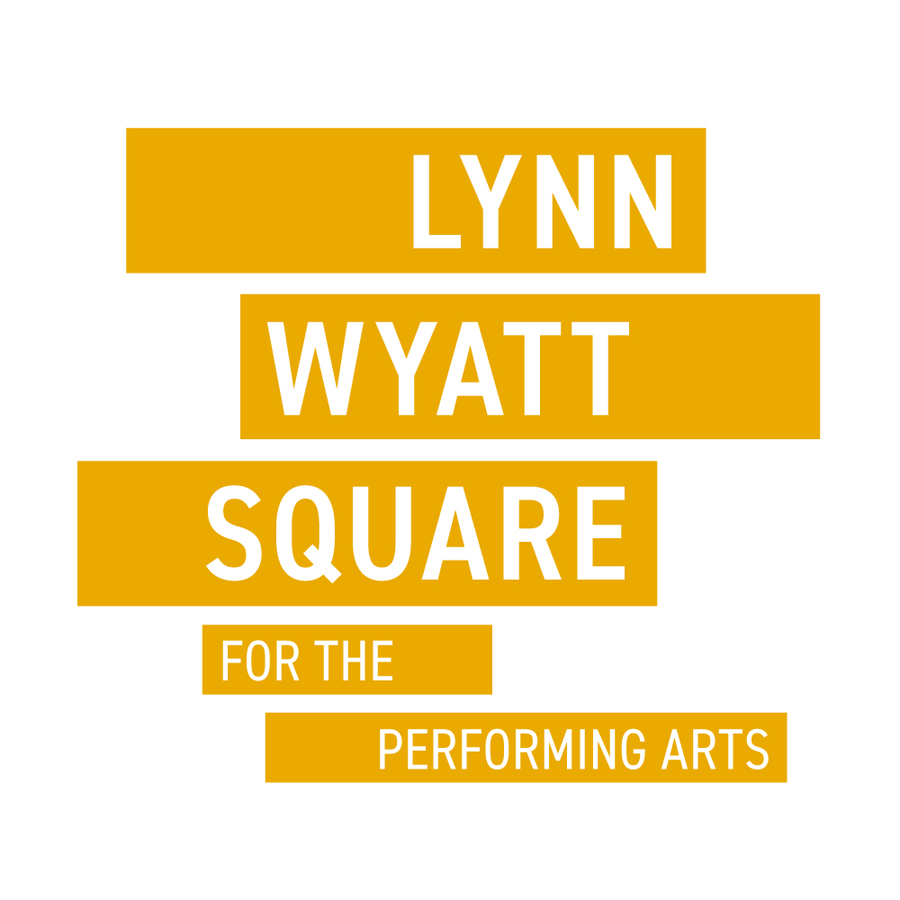 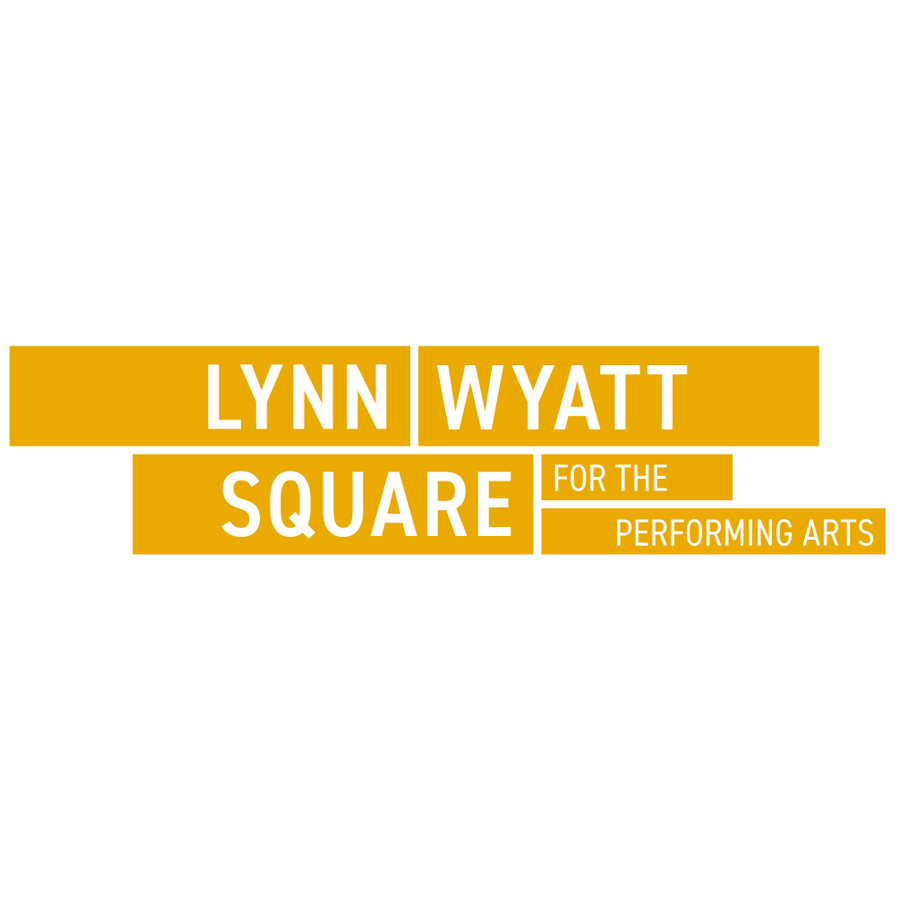 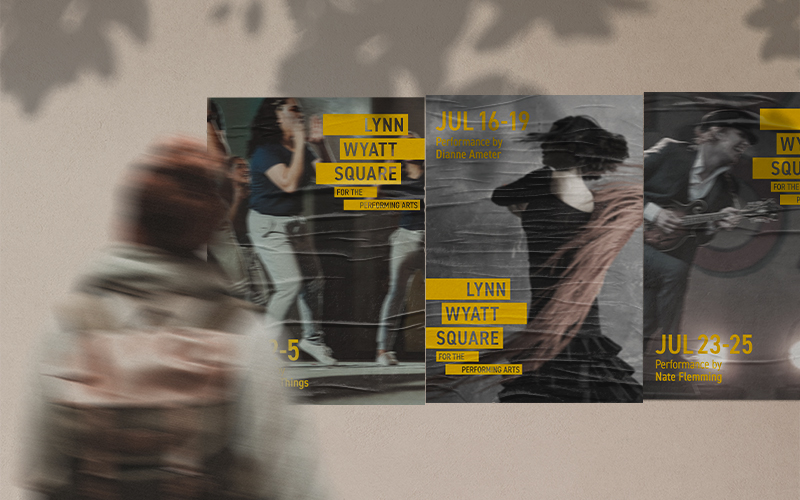 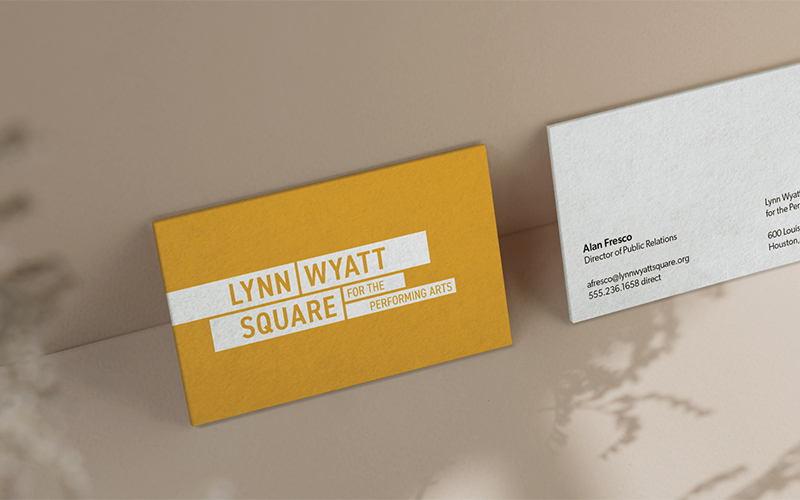 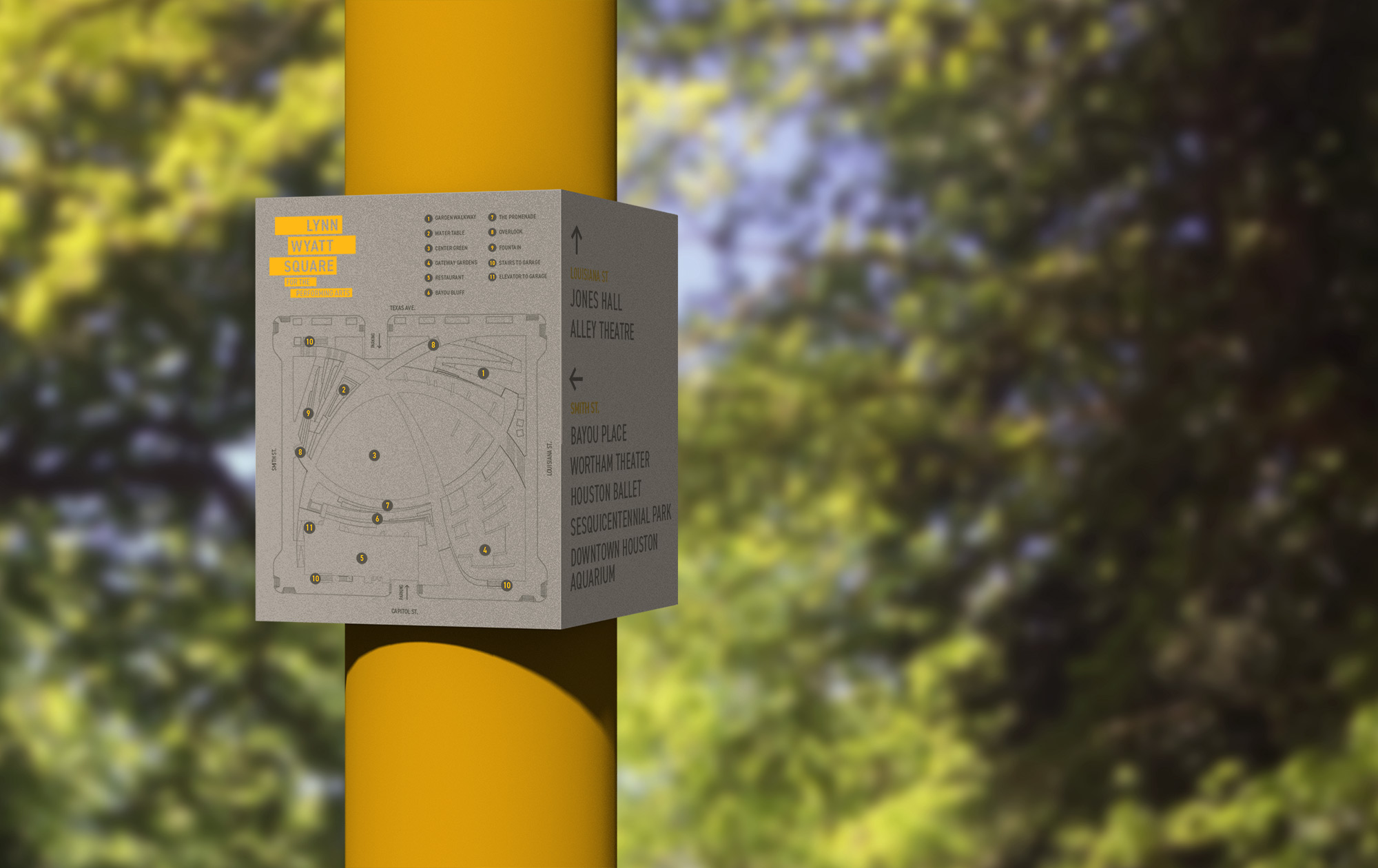 Since this brand primarily exists in signage and event promotions, it was important for it to layer well — with planting, photography, or different materials. The final result provides the ability to shift and move with the evolving needs of the Square.

Want to learn more about Lynn Wyatt Square? Check out our design for the plaza.