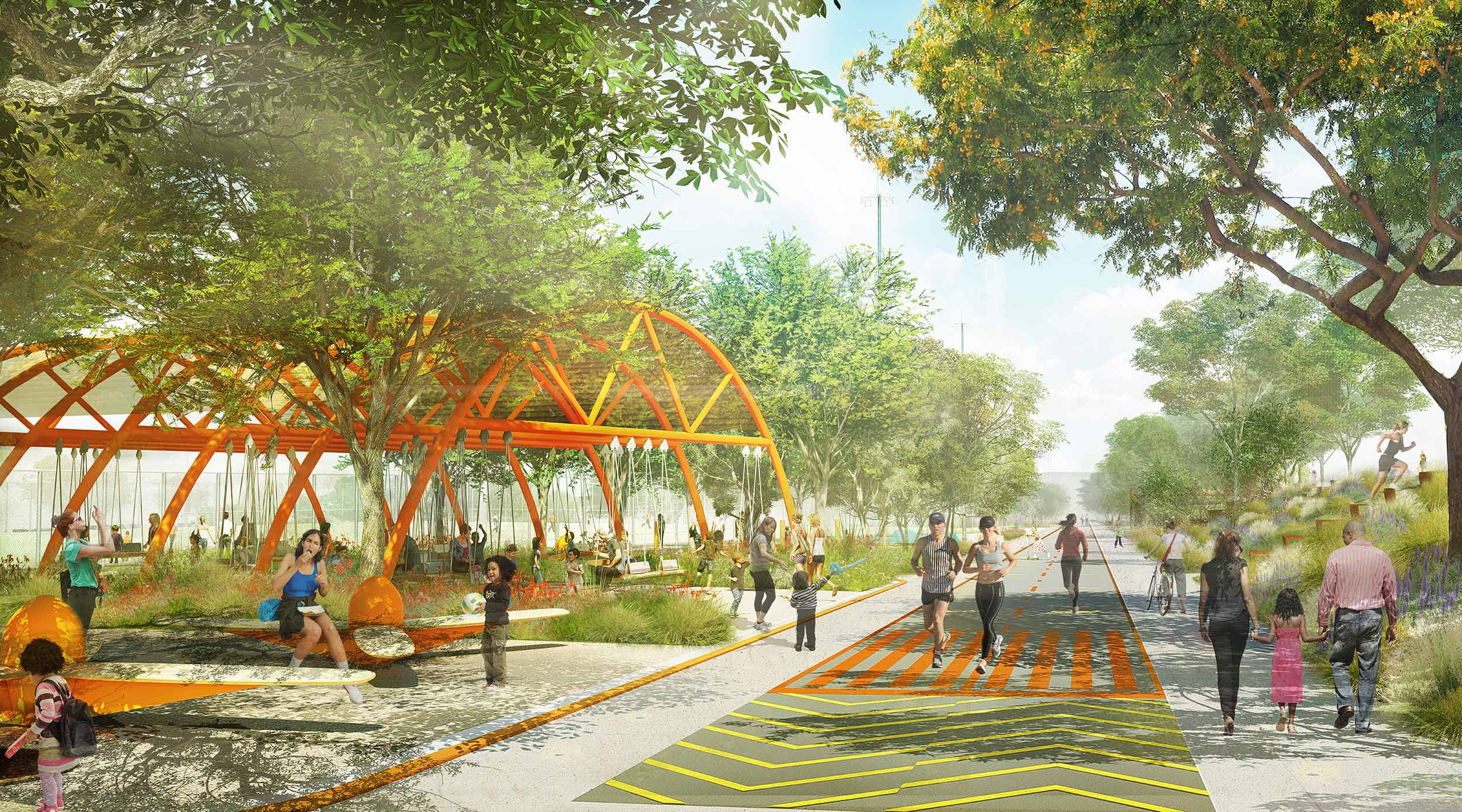 The scheme connects the two phases of park development via a pedestrian runway that invites the surrounding neighborhoods into the park.

Not just any municipal air field, Santa Monica Airport was the home of Douglas Aircraft Company, a center of innovation and service, where around-the world transport was developed and long-range, fixed-wing propeller plans were perfected for military and commercial use. An active and critical aviation hub during the Second World War, the air field and adjacent buildings, including the 41,000 SF Quonset hut style Barker Hanger, were camouflaged with Astroturf and artificial trees to trick flyers of enemy spy planes in to thinking that the airport was simply and extension of the surrounding suburban landscape. 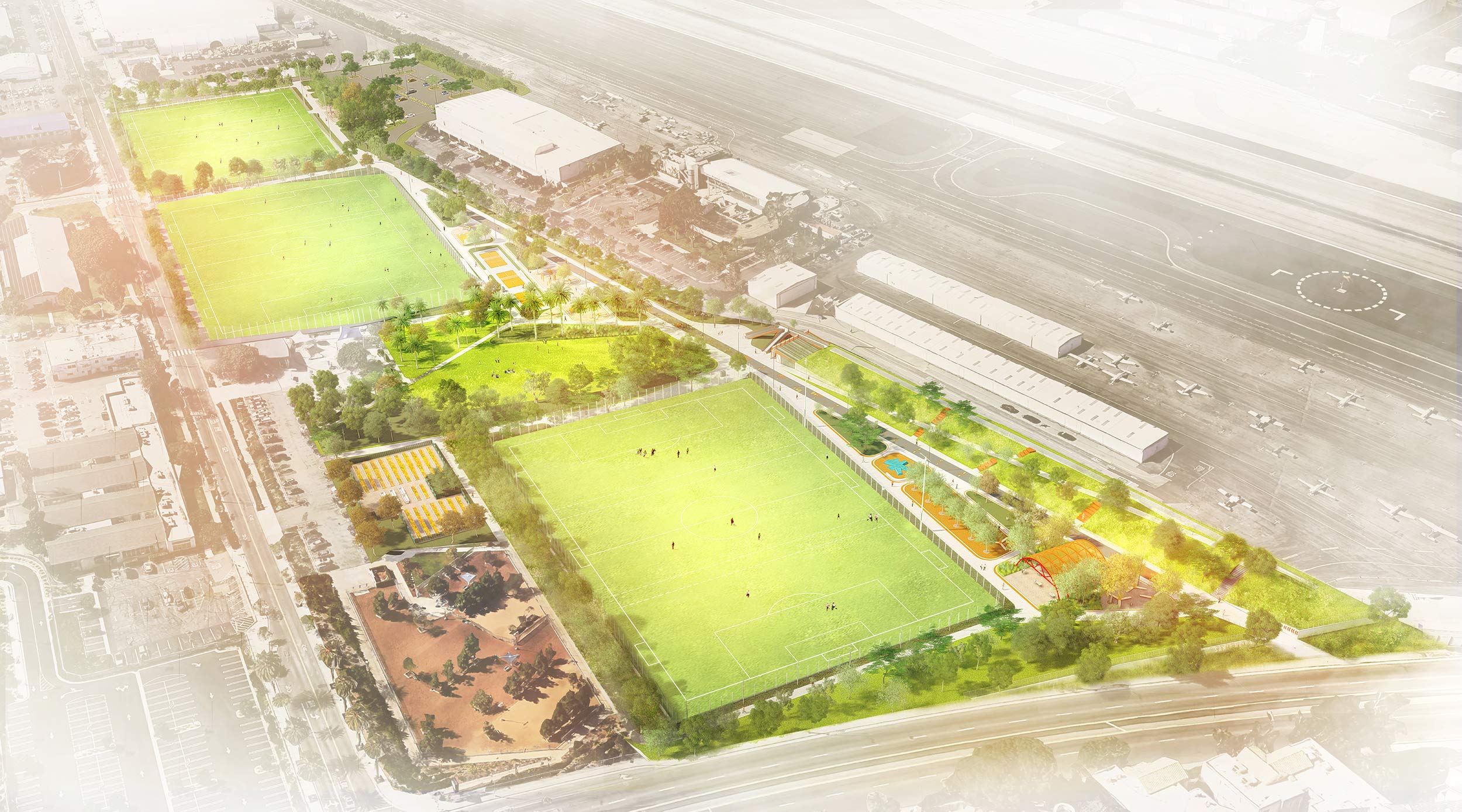 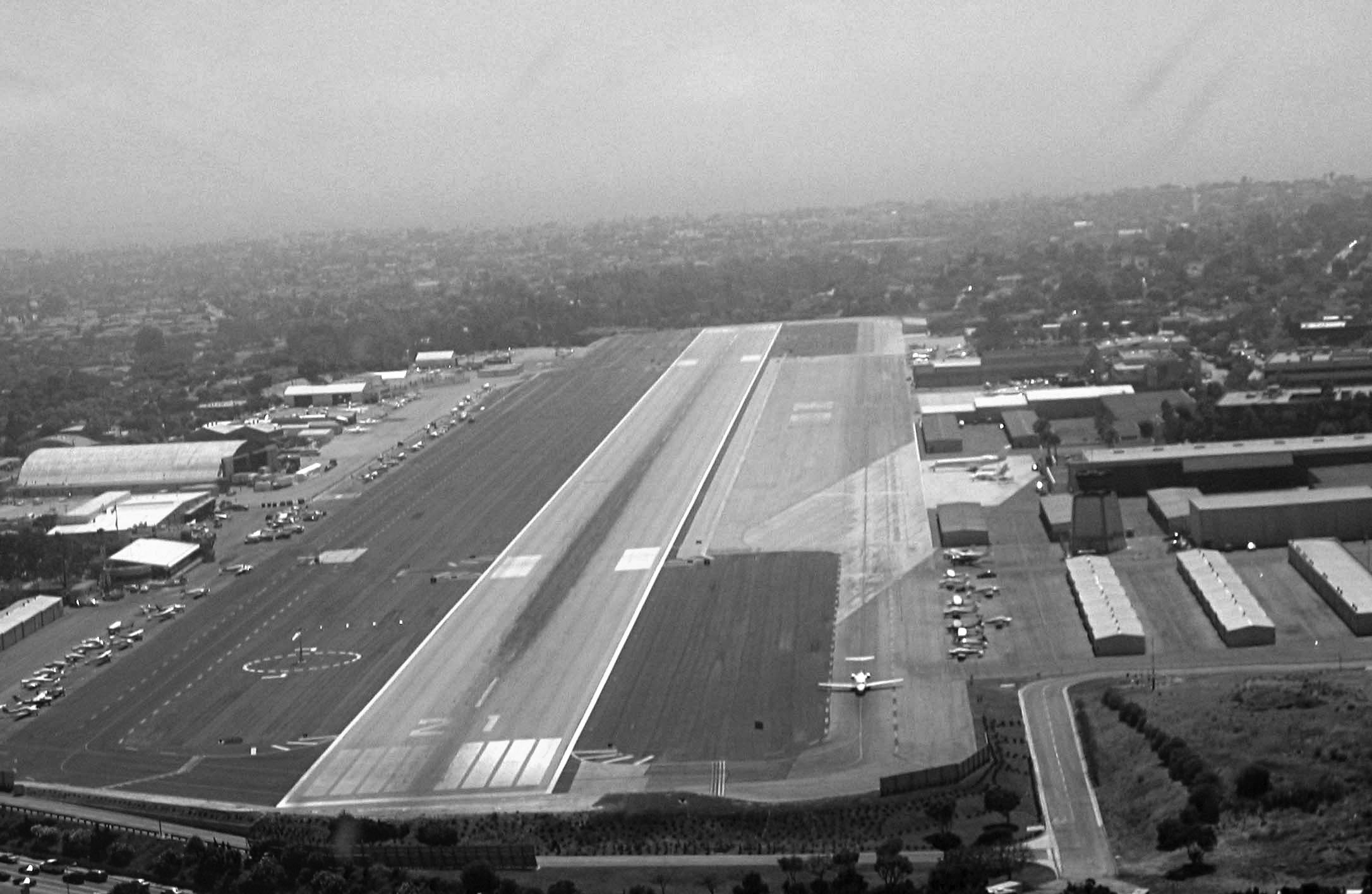 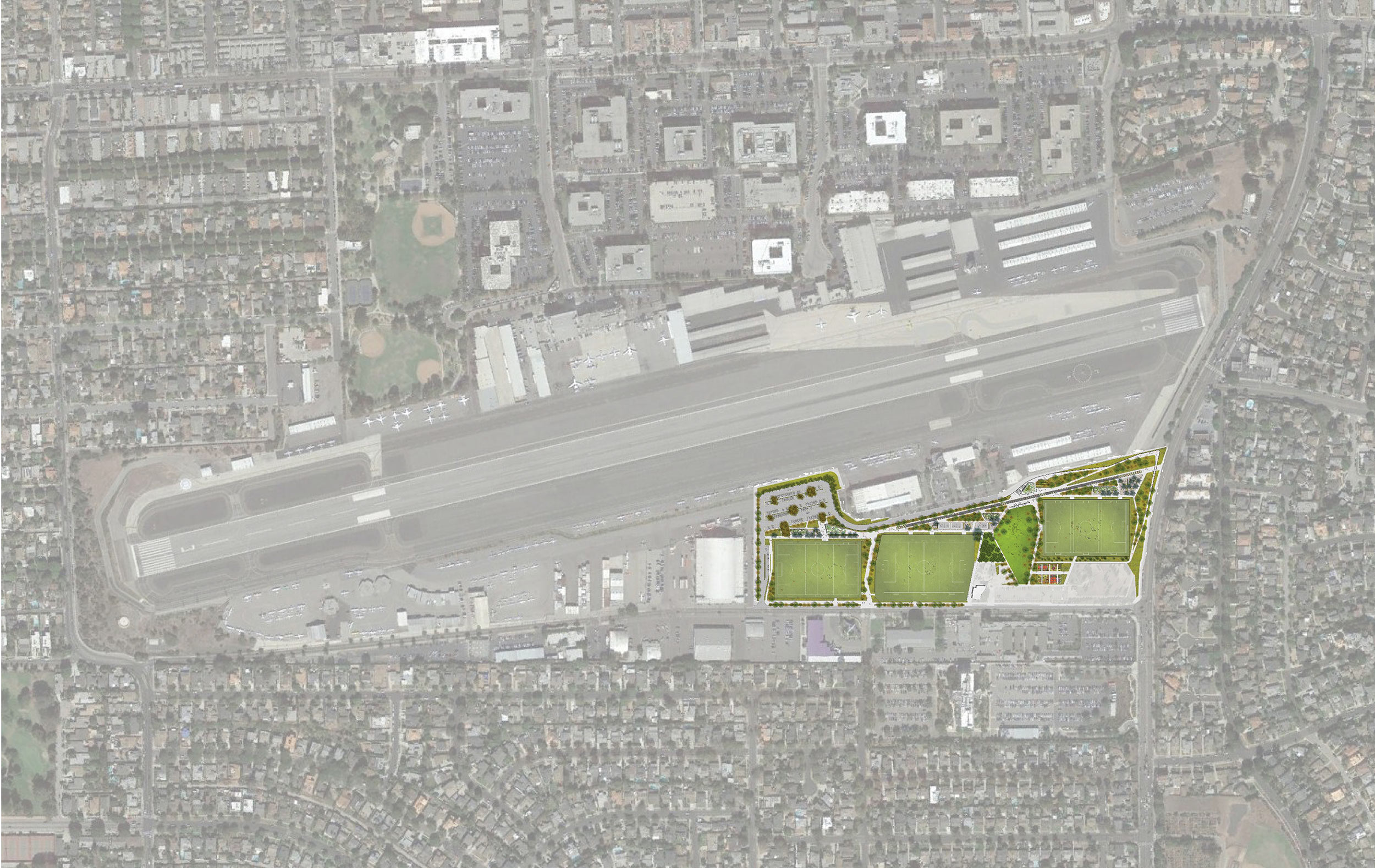 The new park builds on the site’s rich history, converting aircraft activity and motion to human fitness and performance. The scheme connects the two phases of park development via a pedestrian runway that culminates at a new pedestrian entrance at the east side of the site, inviting neighborhoods beyond Santa Monica into the expanded park. 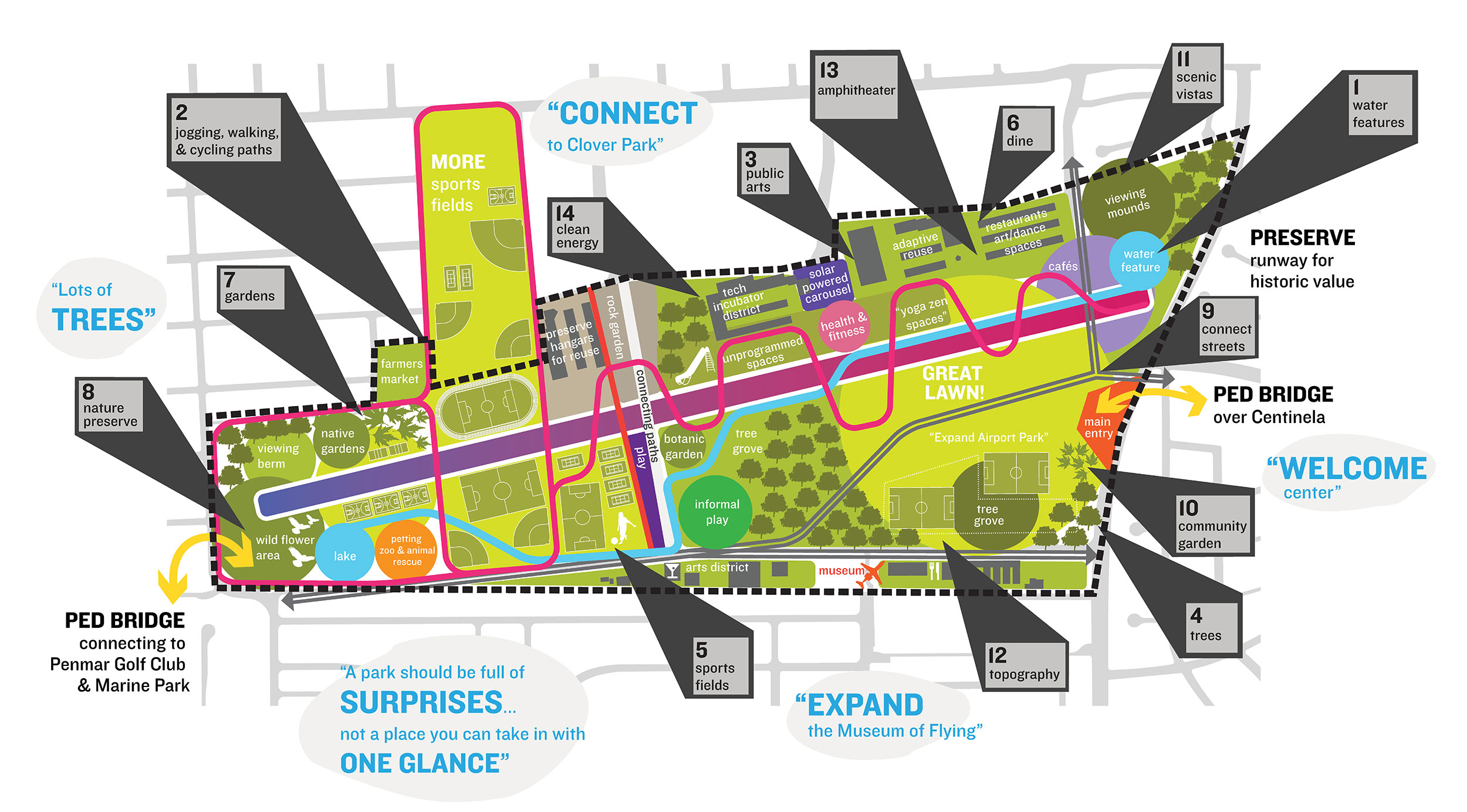 The pedestrian runway is a two-way multi-purpose linear track with distances marked by graphics similar to those painted for air plane traffic on a tarmac. The runway is flanked by a network of areas programmed with fitness equipment including ping pong tables, a communal yoga matt, TRX bars and poles for slack lining. The largest area accommodates three pickleball courts as a special community request to augment the three large recreational fields.

A berm rises between the pedestrian runway and the airport as an acoustic sound barrier for the new park until full airport closure. The berm serves as a look-out for viewing take-offs and landings and is accessed by gradual ramps interspersed with exercise steps for active ascent. The landscape design is inspired by the industrial nature of airport design: sparse, clear open site lines, minimal material palette, and site graphics scaled for long distance views. 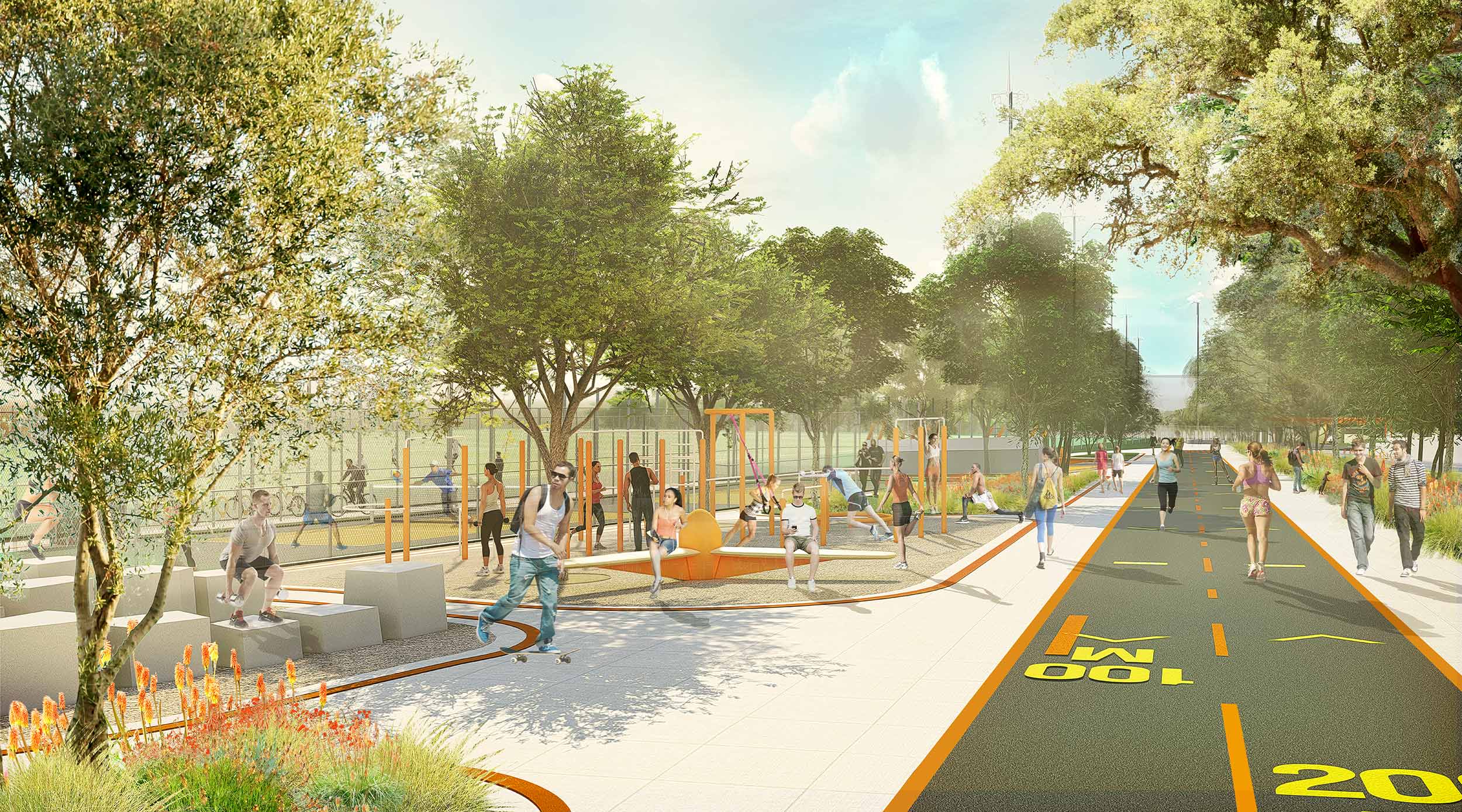 Site planting is comprised of three native grass types derived from the former life of the airport when the land served as a cattle ranch. Grasses are augmented with one or two species of flowering shrubs to distinguish various program areas. For example, at the berm, Giant Hesperaloe and Giant Sacaton each with flowering stems and spikes that rise from 6 to 12 feet tall, will add a distinct sense of density and scale to the land form that crests at 15 feet above level land on either side.

Shade trees are clustered and paired with benches, seat walls and work-out areas. The existing and new parks are linked by a new sloped meadow for unprogrammed community use. It is a place to meet and rest, play, and picnic. 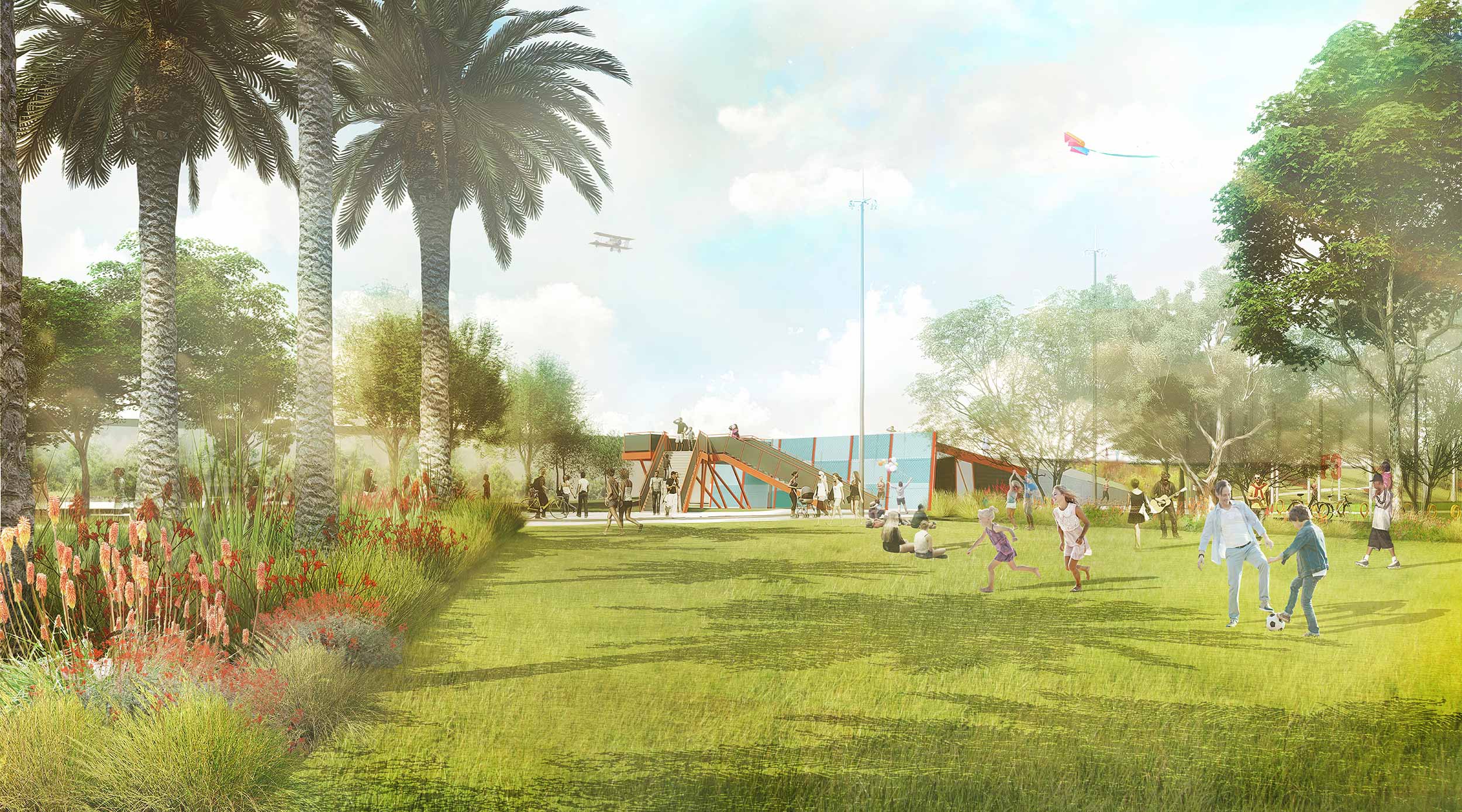 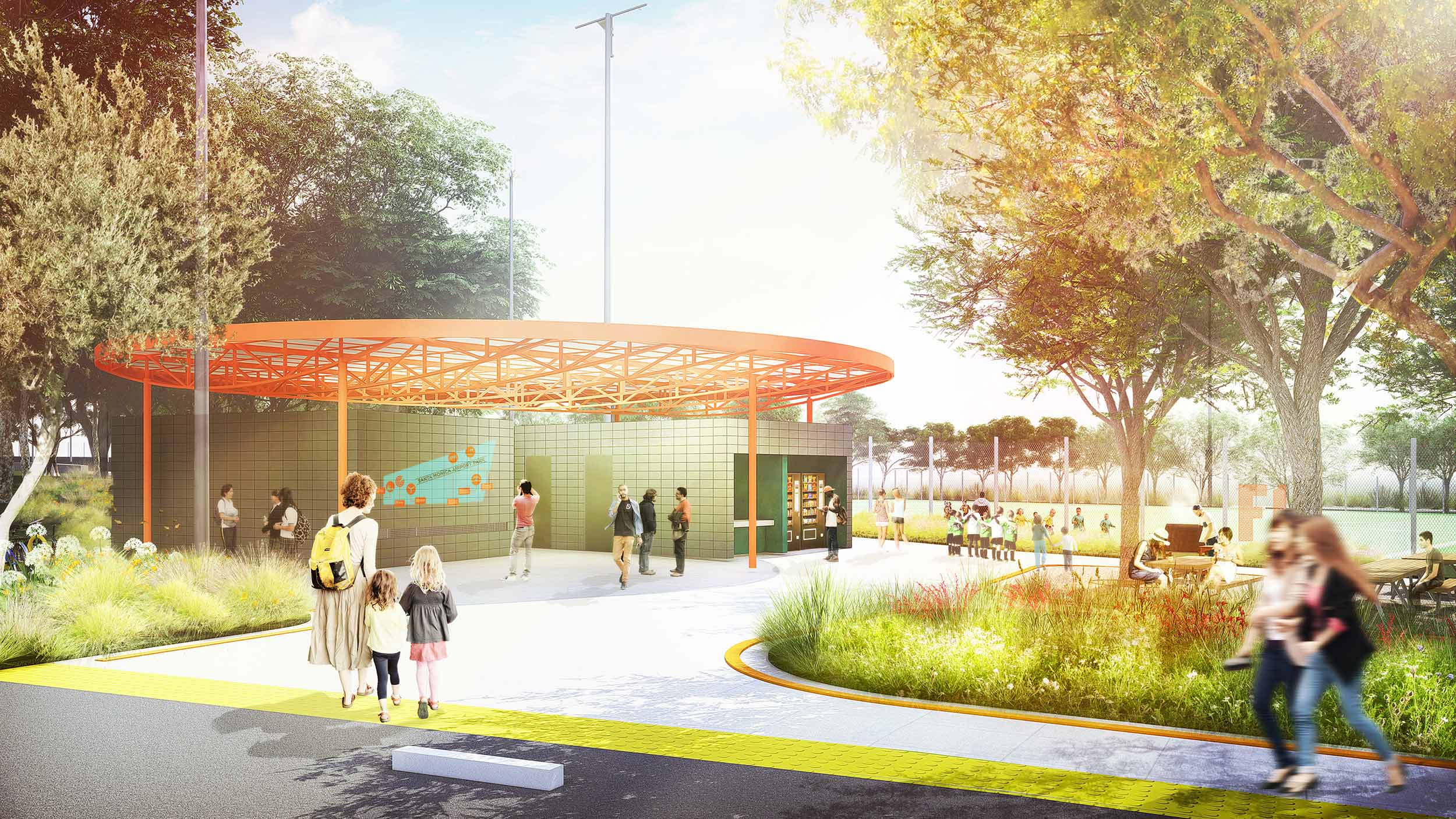