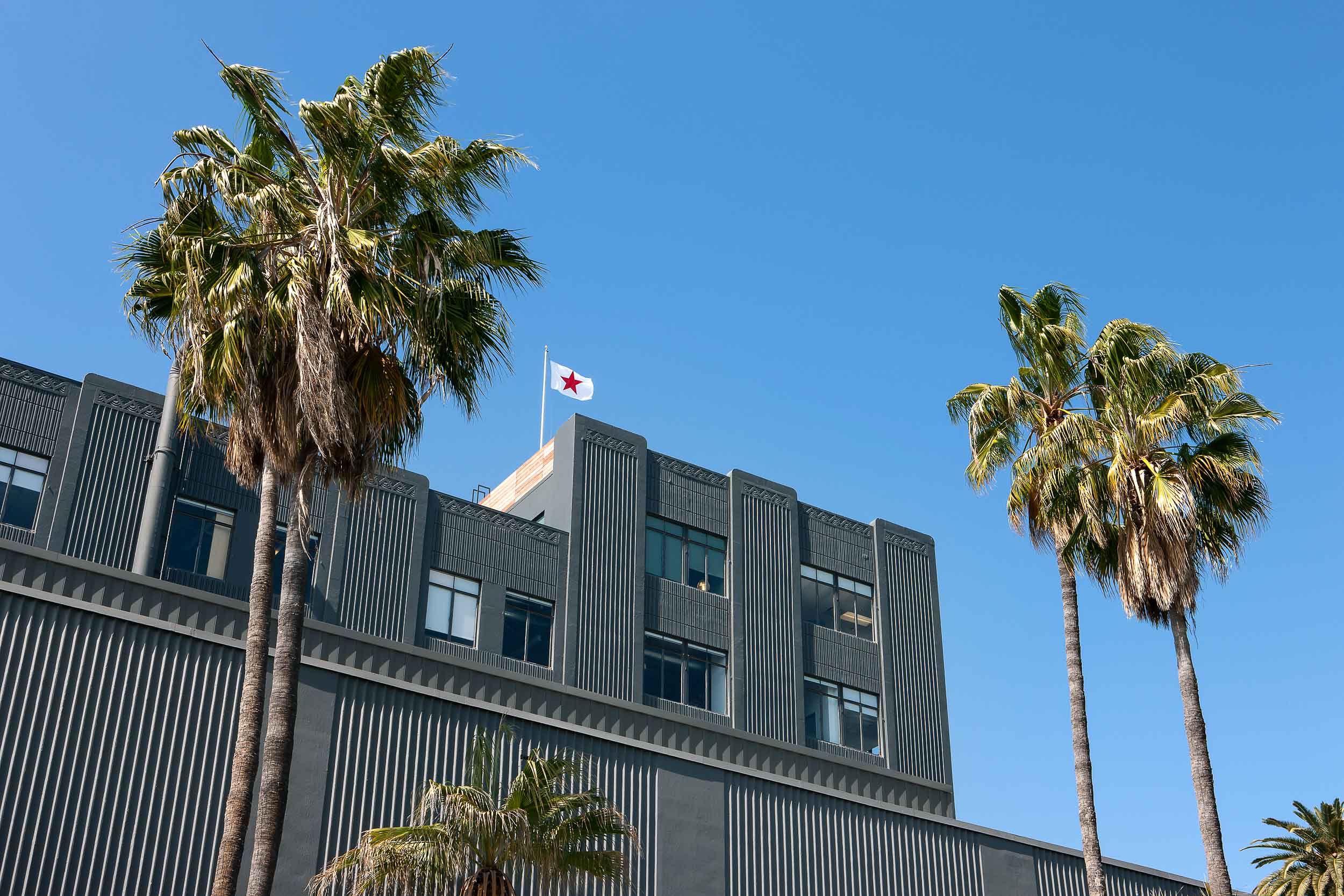 As the use and purpose of buildings change over time to sync with user demands, how do we retain their relevance? With the Telephone Building, a 6-story, 80,000 SF building in Santa Monica, we set out to answer that question. The cast in place concrete structure was originally built in 1937 as the headquarters of the Associated Telephone Company. It not only needed essential upgrades, but also improvements that would maintain its character and position it for the next 100 years of use. RIOS transformed the building into a first-class office building, fitting for its prime location in Santa Monica. 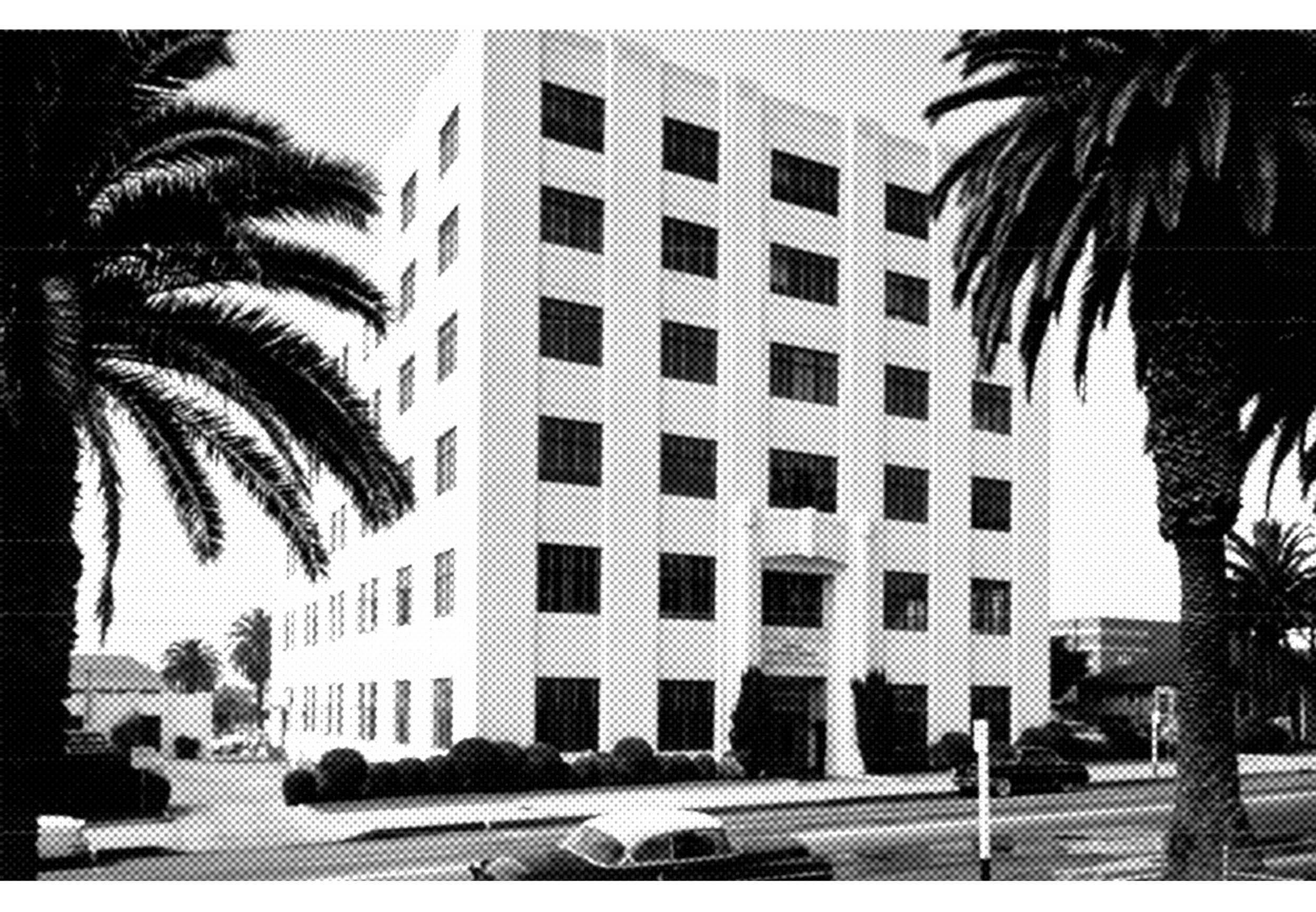 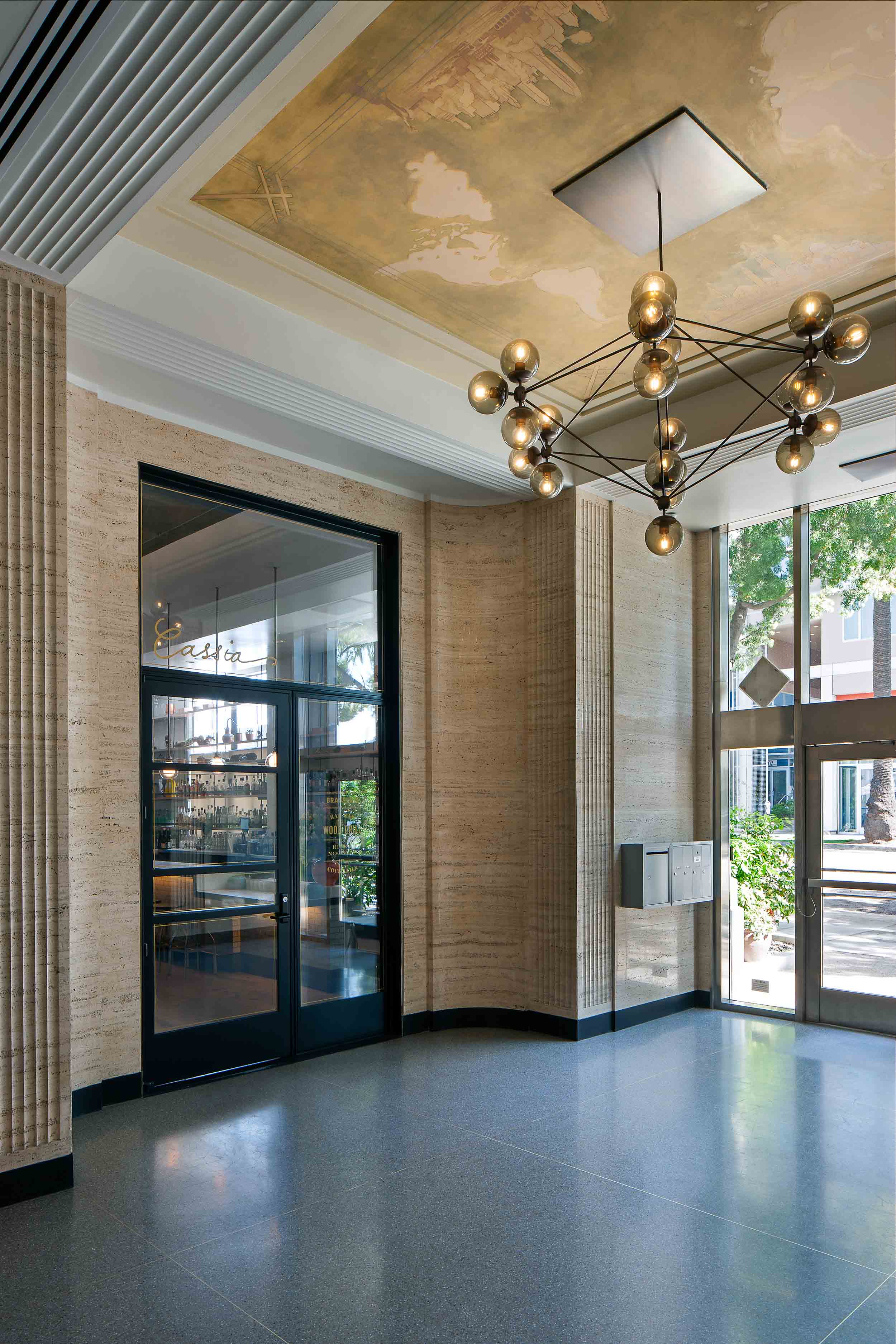 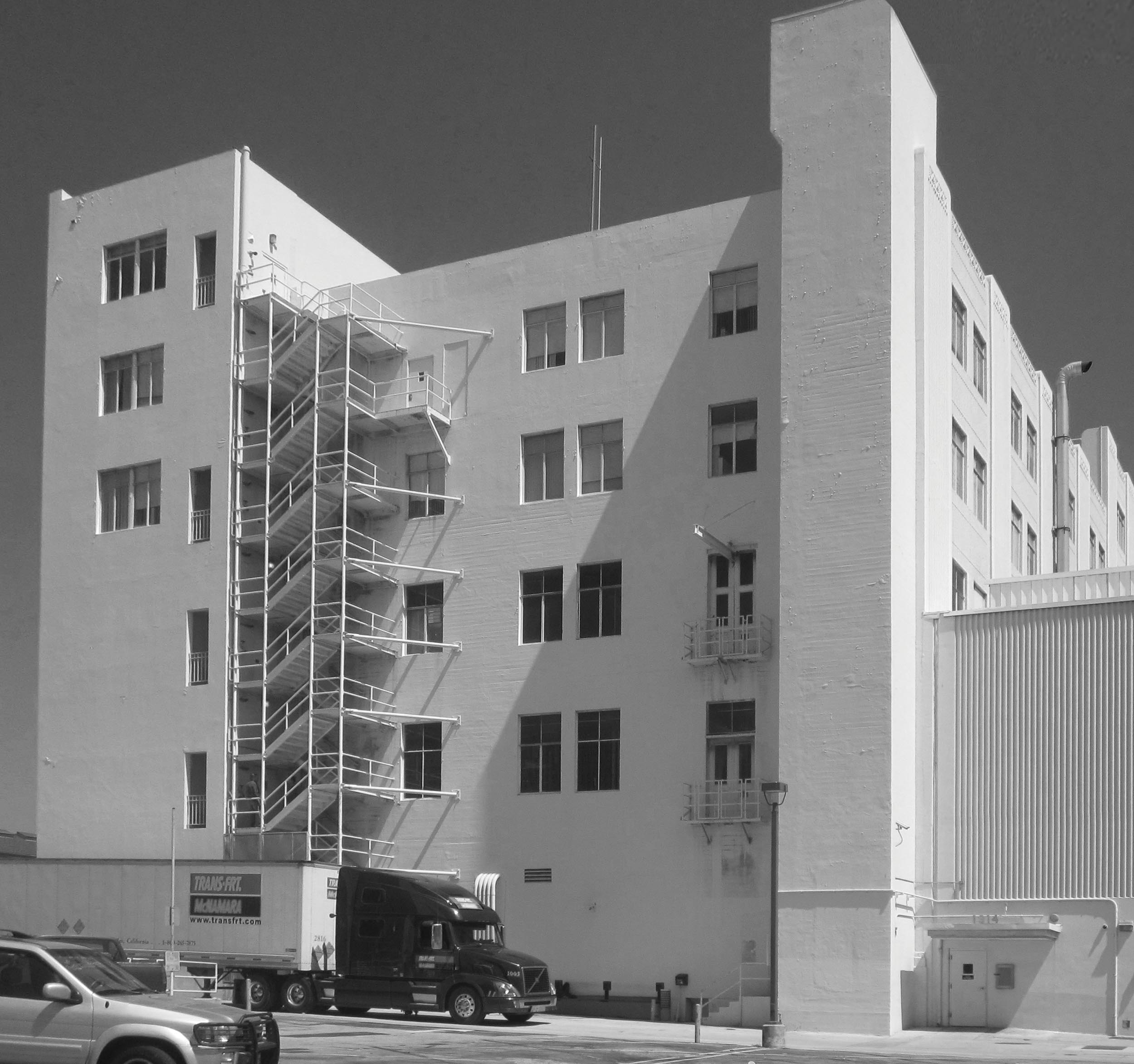 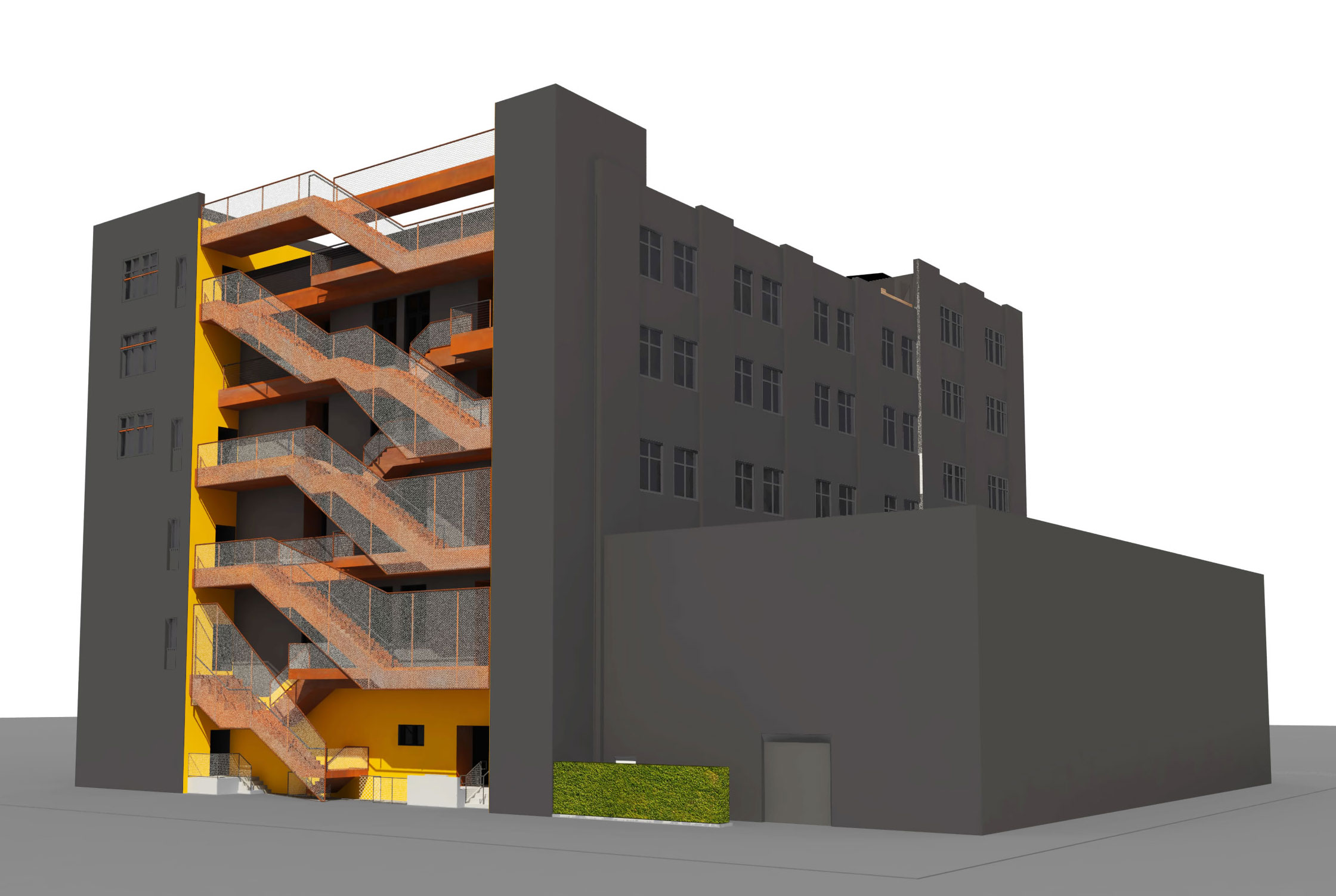 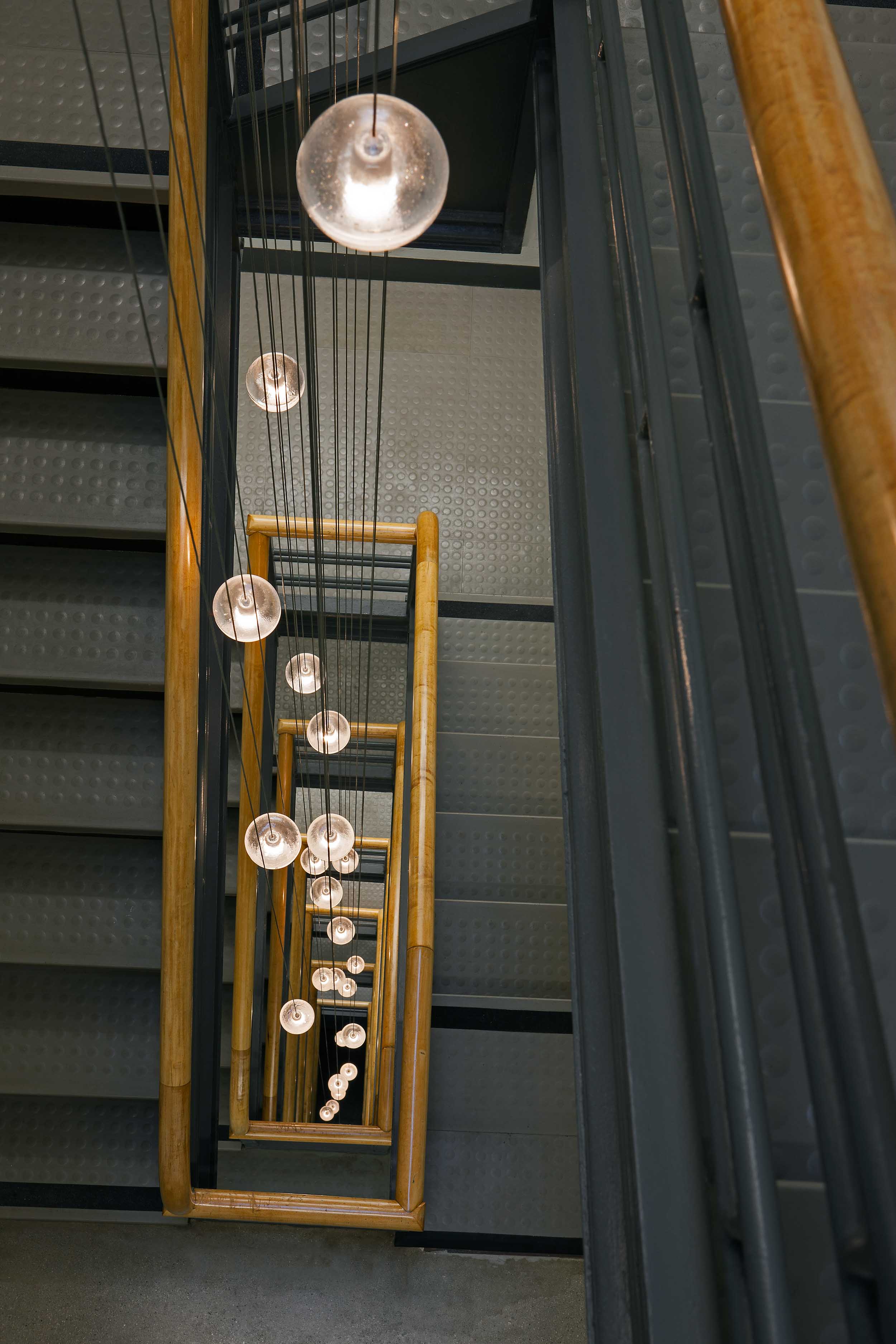 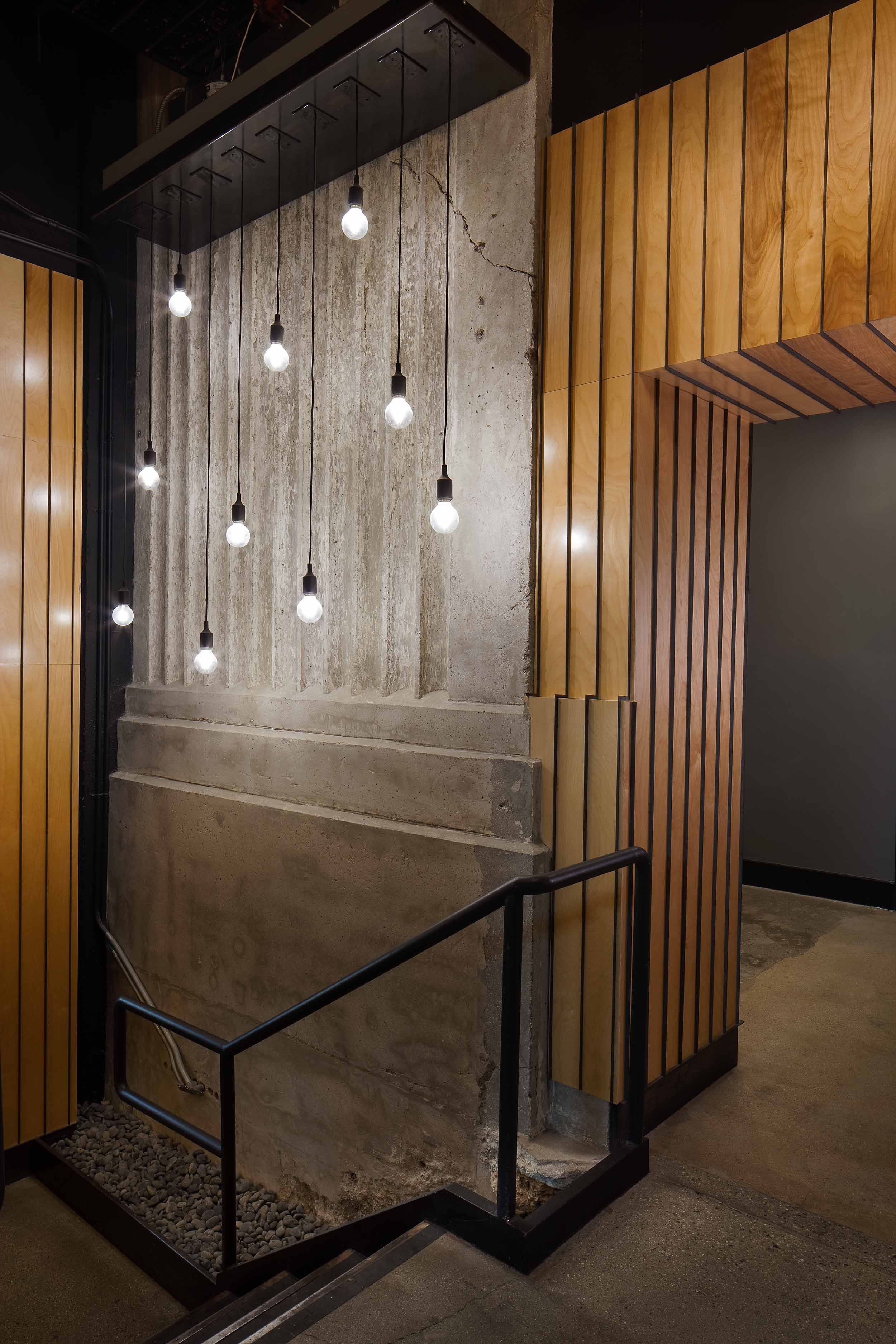 Working with design constraints that included a limited site area, potential historic landmark status, and the continued use of a portion of the building by Frontier Communications, the renovation replaces a non-conforming fire exit with a new exterior exit stair and extended balcony running along the full length of the inset in the rear façade.

The balcony structure’s design was inspired by the crossing lines of an active switchboard, a nod to the building’s legacy and ongoing importance as a hub of telecommunications for much of the Los Angeles Westside.  The addition of the balcony allowed for multiple exterior openings, which created a monumental change in the building’s interior organization. The tenant corridor was relocated from the interior to the exterior of the building, providing increased leasing flexibility and building efficiency. The varying floor to floor heights and resultant variation of stair runs became an asset, creating a variety of exterior spaces accentuated by a new balcony, stair, and guardrail system that is integrated into a cohesive new west façade. 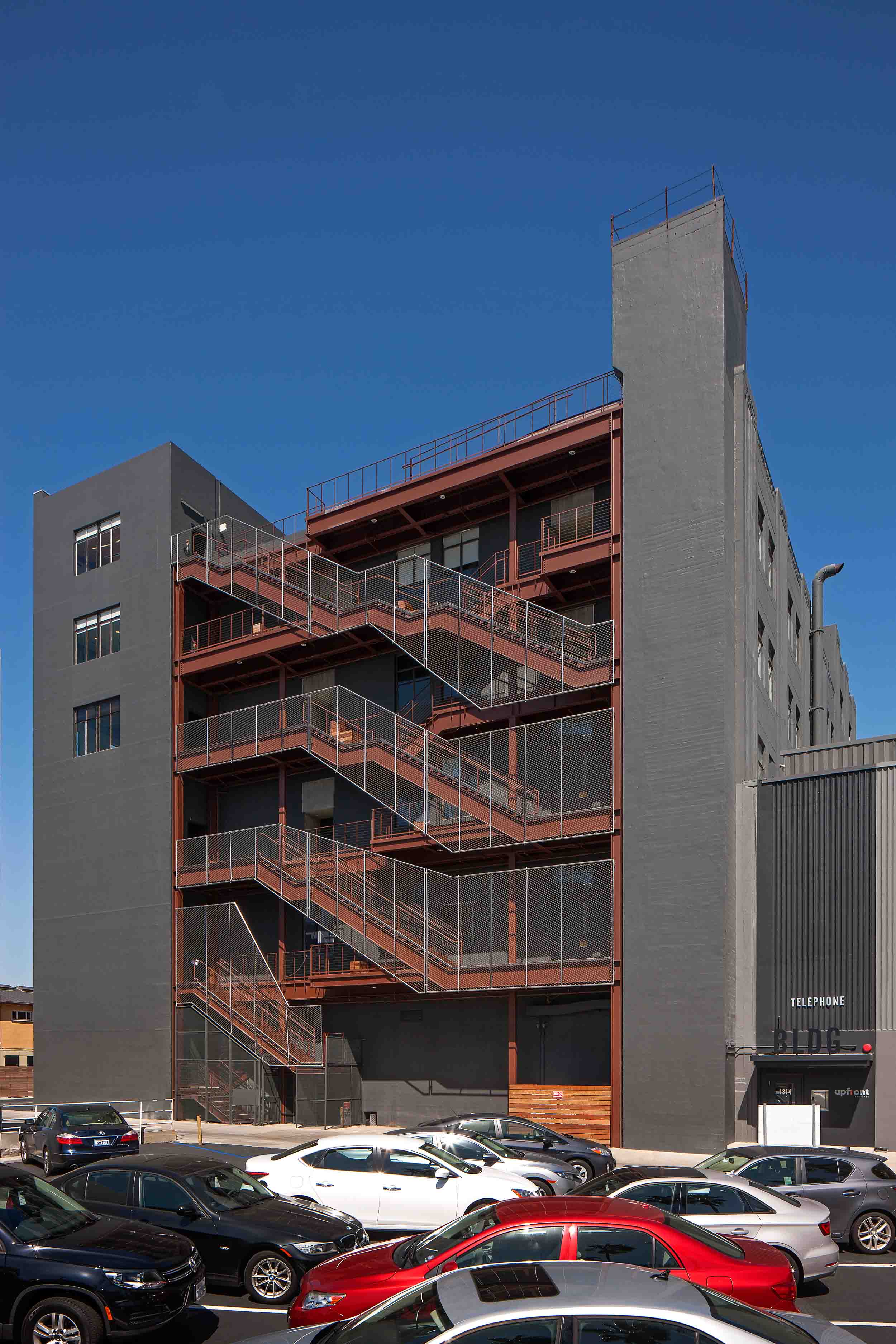 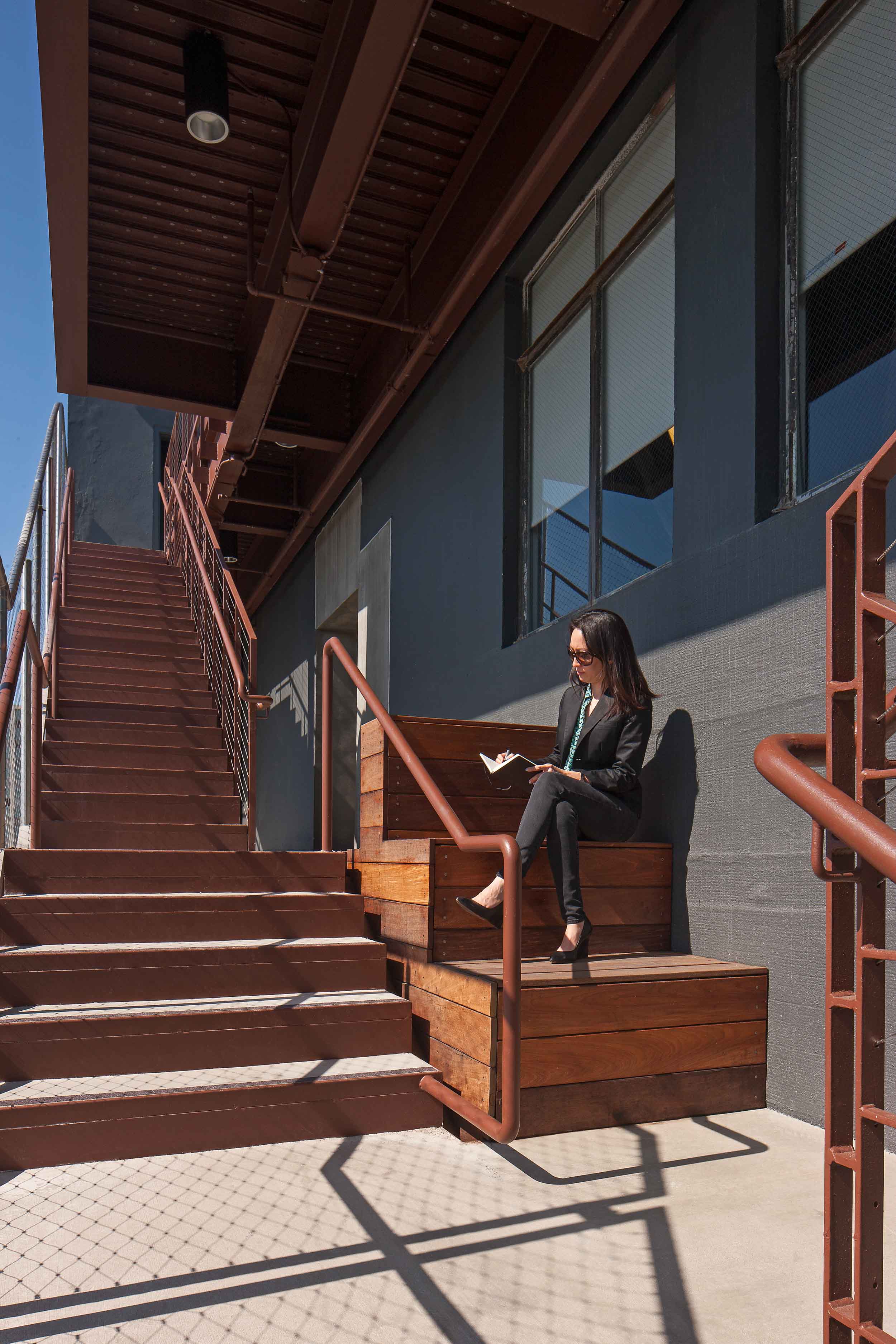 Atop the building, the roof is enhanced with a new exterior deck and planter system that defines various meeting and outdoor gathering spaces for the office tenants on the upper floors, accessible via the interior and exterior stair. Because of the Telephone building’s non-conforming density within a mid-rise section of Santa Monica, the roof deck and much of the balcony structure will enjoy unobstructed views to the sea for the foreseeable future, an unprecedented amenity for this area.

Further updates to the building include the refurbishing of the existing casement windows, providing operable openings for most of the office tenants. The casement windows are also enhanced with weathered steel awnings that add character to the façade and help to reduce solar heat gain while respecting the historic façade. A new weathered steel entry canopy and new exterior color scheme bring new life to a historic building, helping to complete the transformation of an underutilized utility company building into one of the most coveted office buildings in Santa Monica. 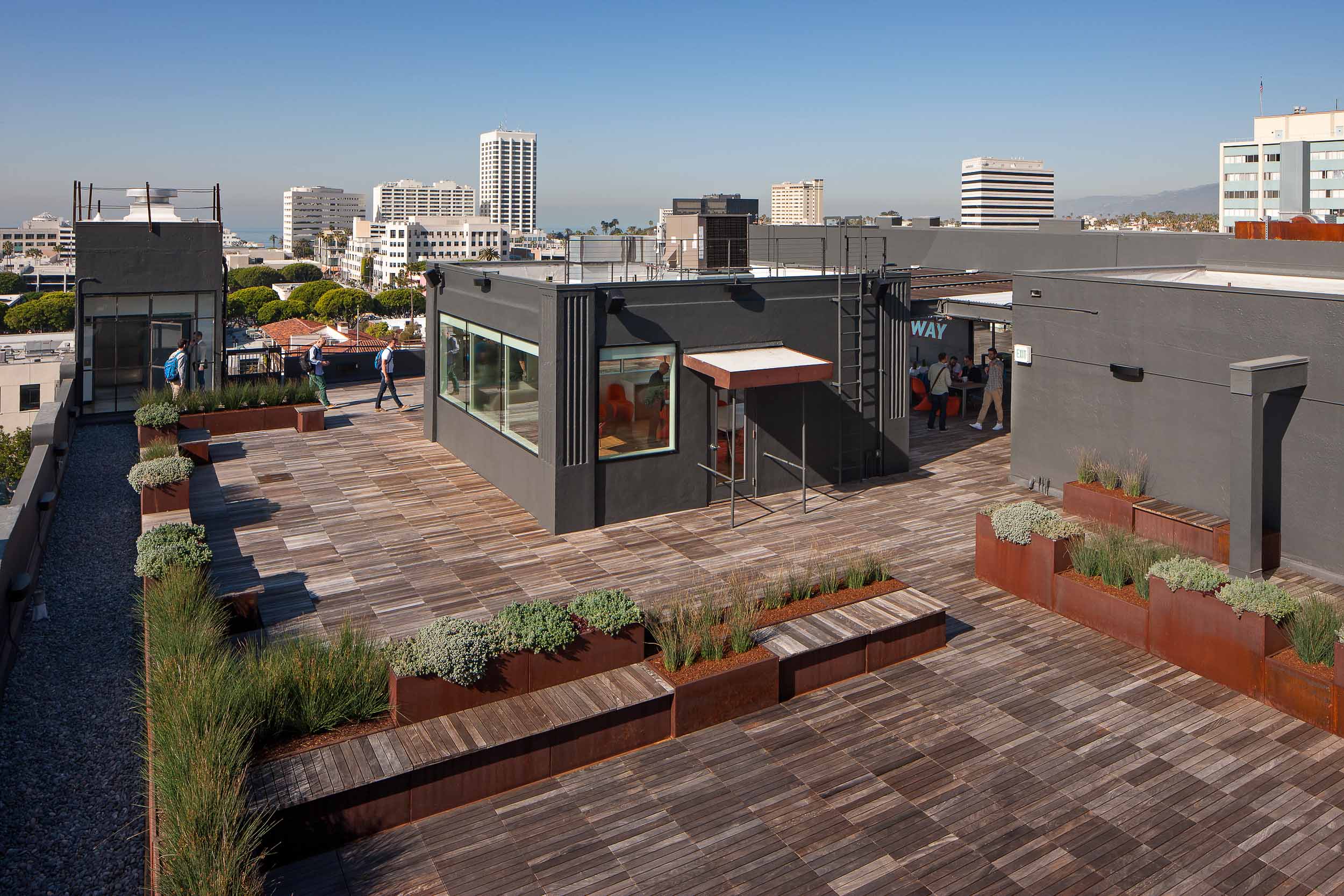 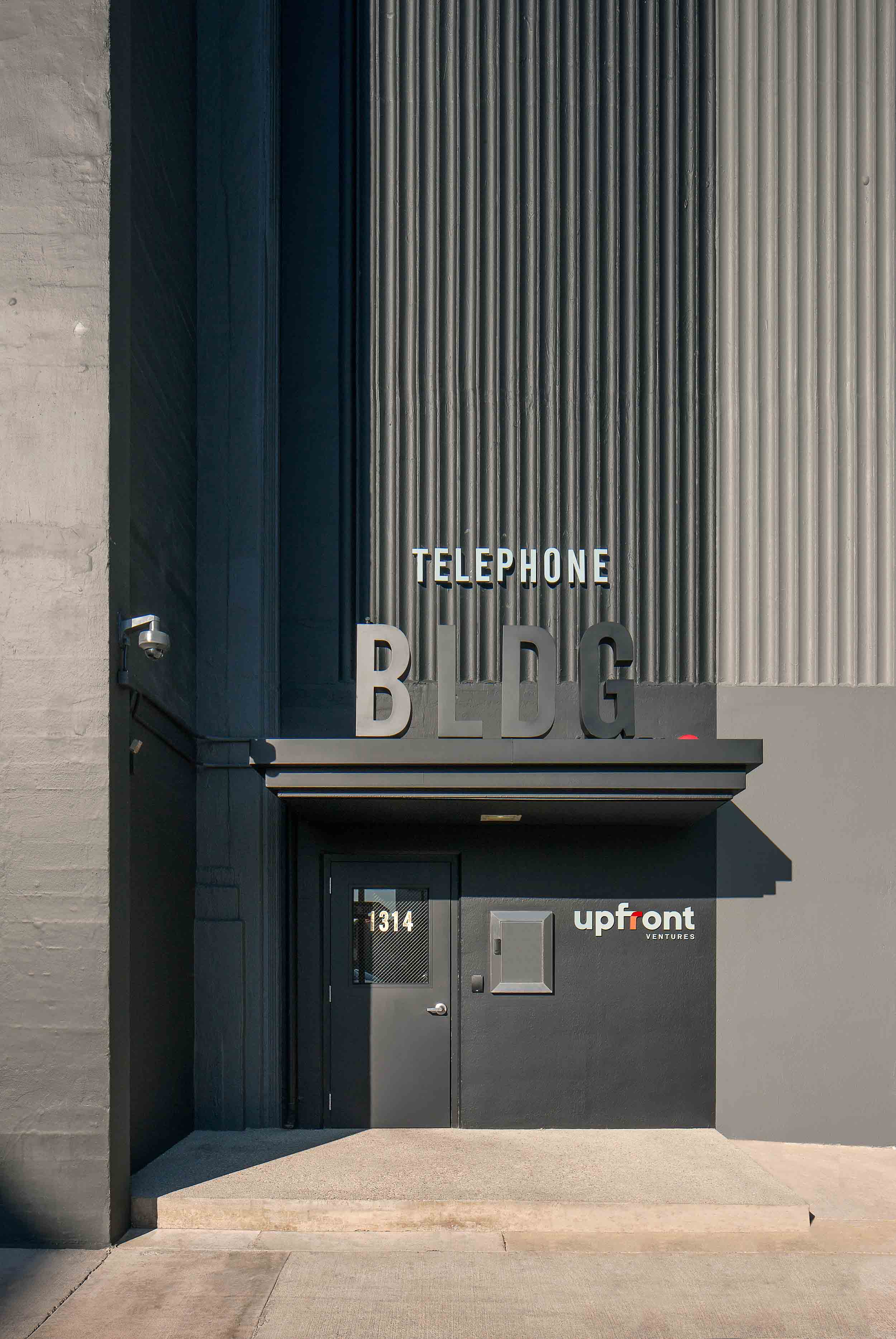 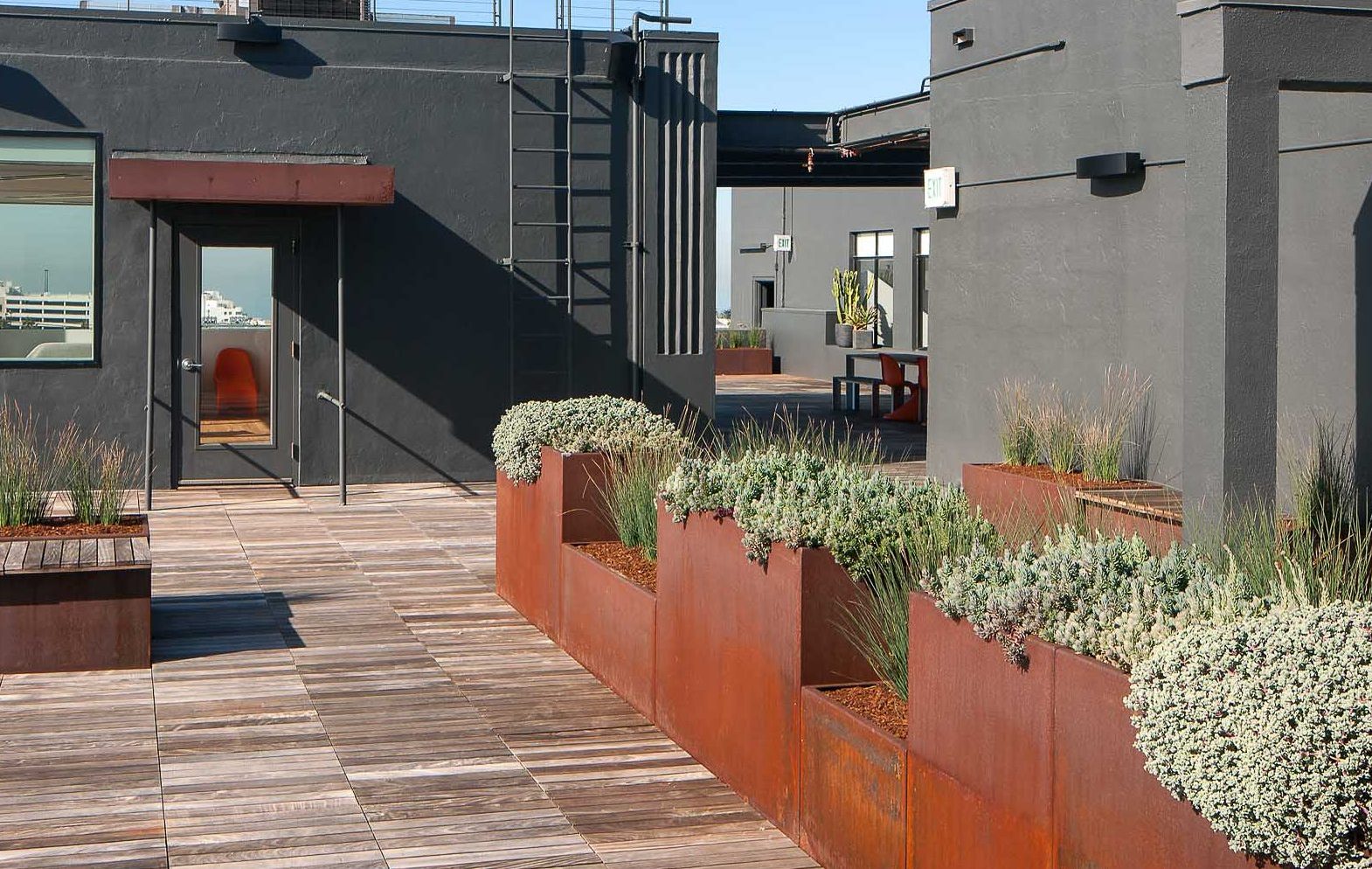 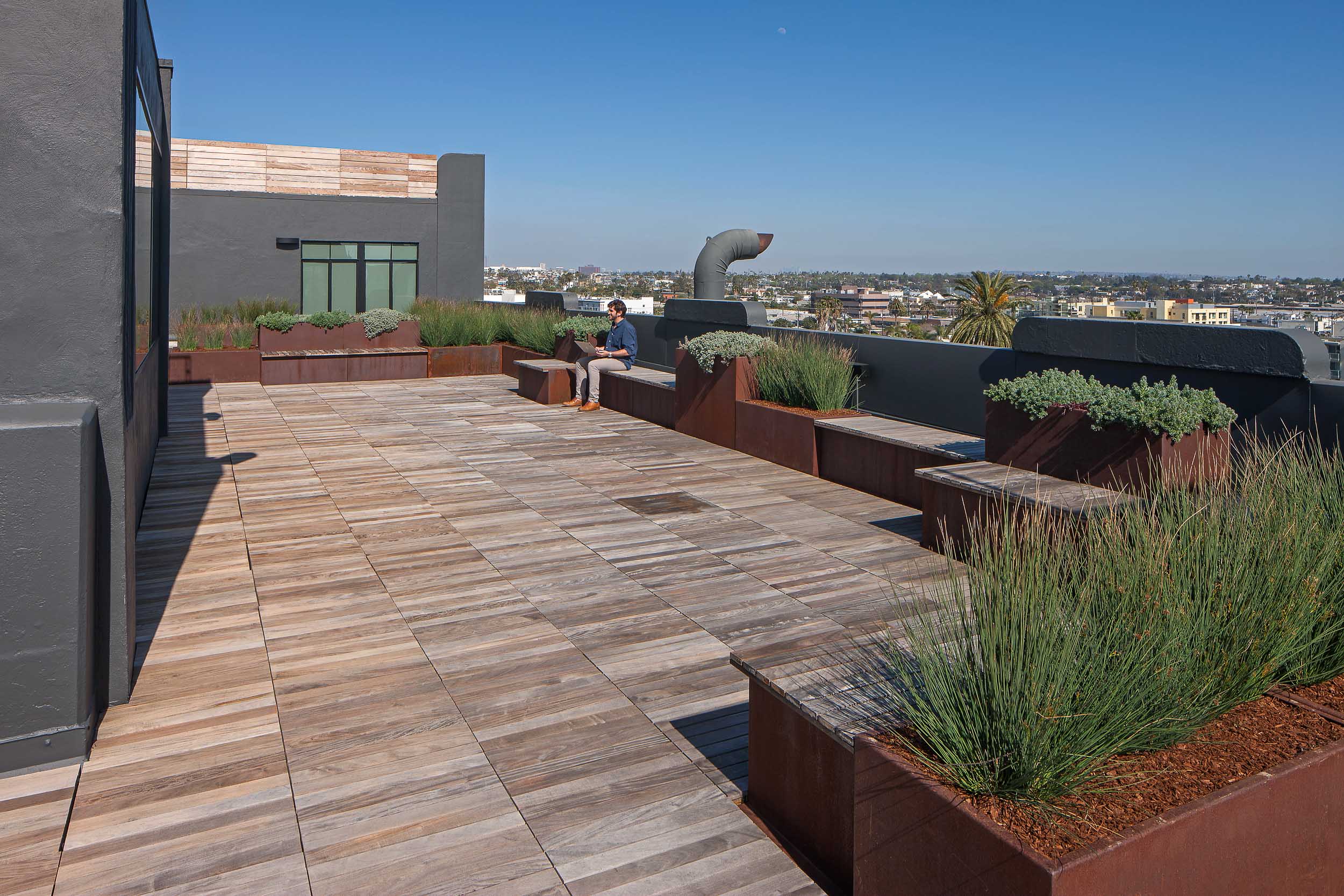 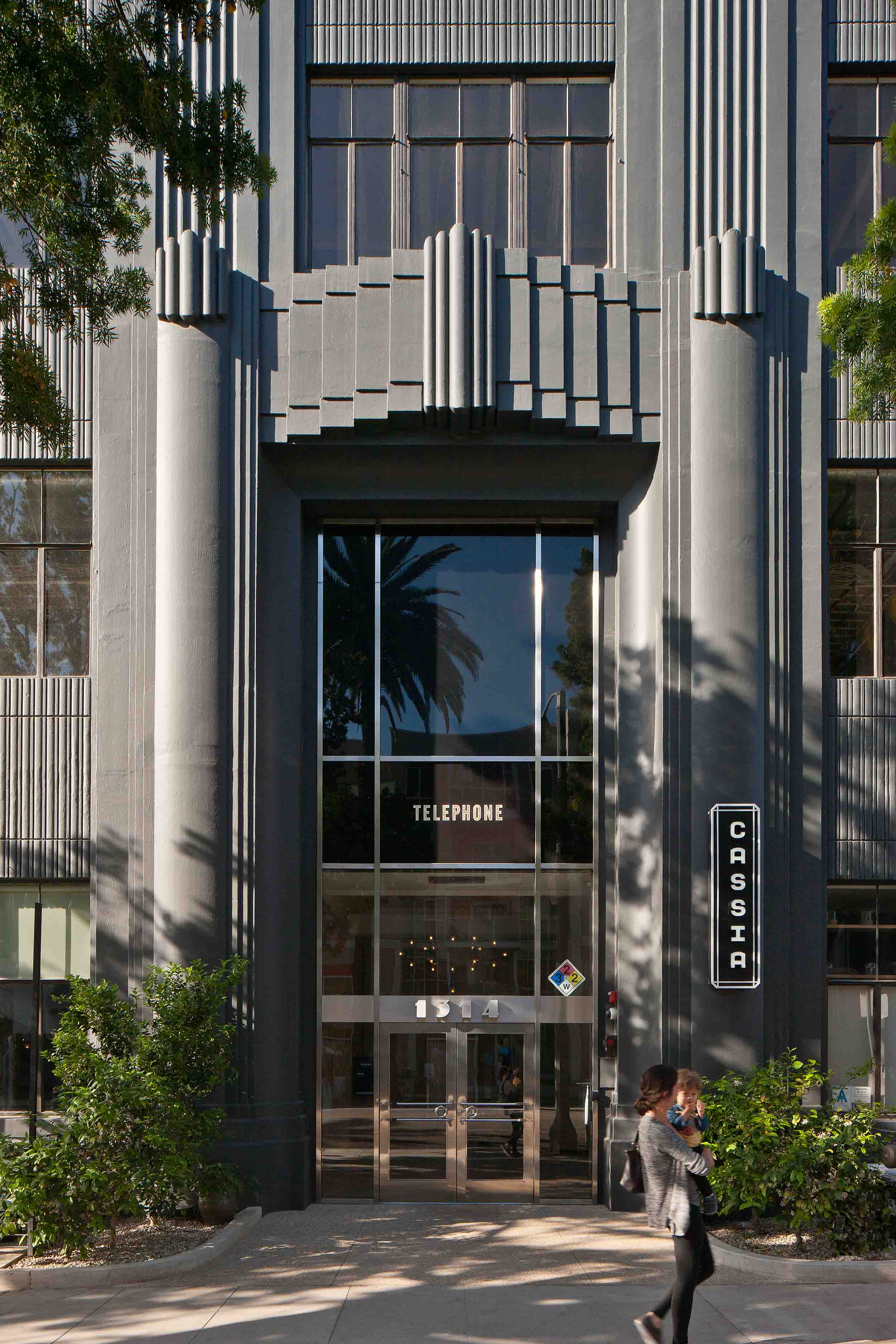 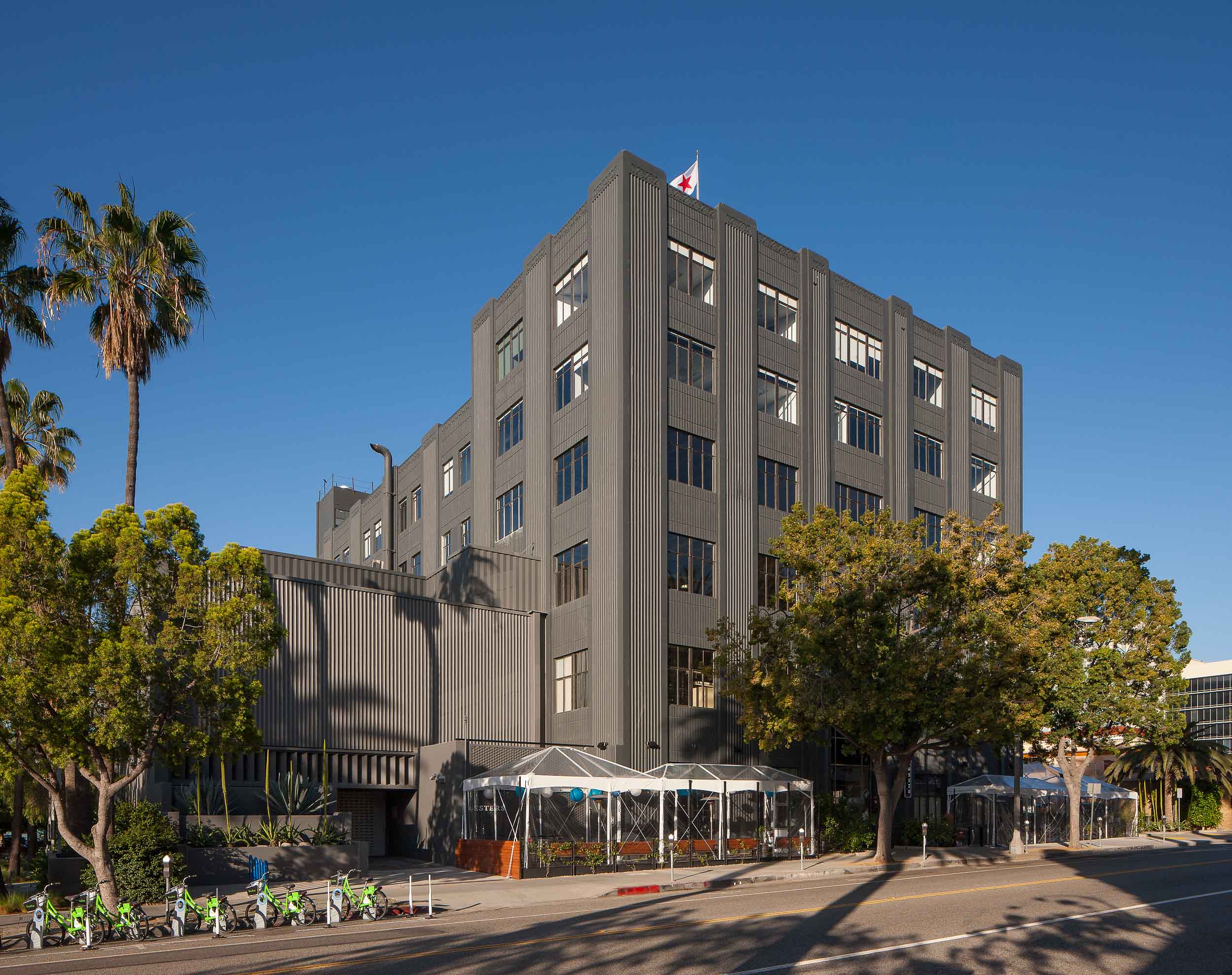