The Park for Everyone

A Place to Celebrate Cultural Diversity

Grand Park opened 10 years ago as “The Park for Everyone” with the heady goal of creating a place of common ground for the global multicultural diversity of Los Angeles.

The city, where 244 different languages are spoken, is home to many ethnic groups that consider their local community as the largest outside their home country.

In 2012, RIOS transformed the underutilized Los Angeles County Civic Center Mall – a concrete formal open space including the Arther J. Will Memorial Fountain – to create an inclusive and welcoming variety of environments geared toward human comfort and experience that Grand Park is known for today. 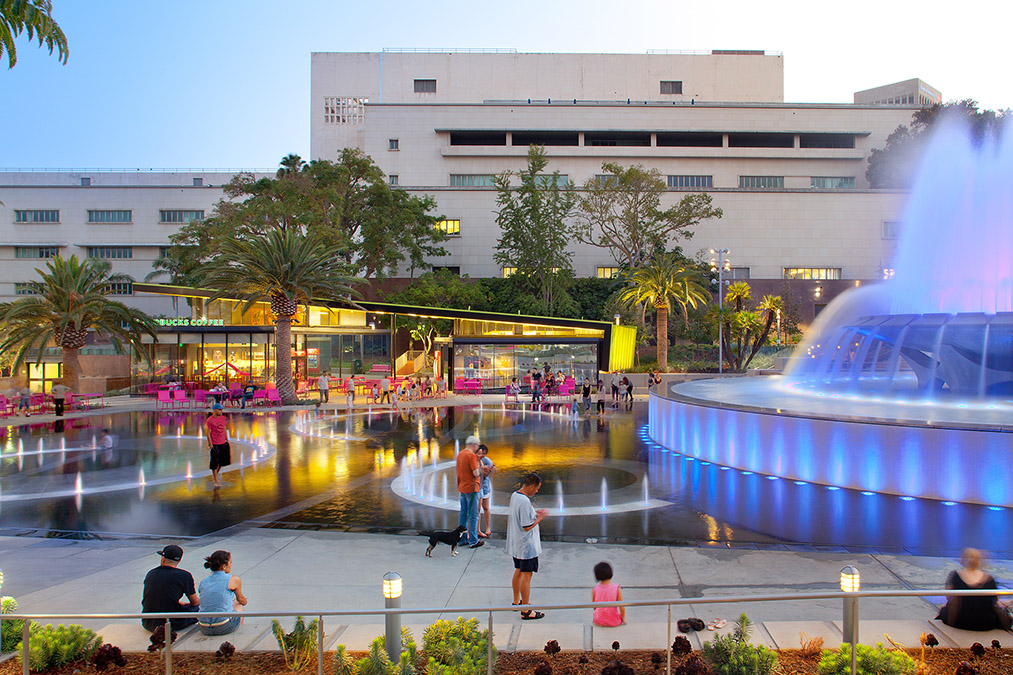 The fountain, splash pad, and pavilion at Grand Park

The revived entry plaza on Grand Avenue creates a generous pedestrian connection to the Grand Avenue cultural corridor, organized within a framework of gardens representing the world’s six Floristic Kingdoms. The park also features the renovation and expansion of the Memorial Fountain to include a splash pad for children, terrace vistas, two open event lawns, a playground, a dog run, and amenities, such as the Starbucks pavilion and a shade pavilion with new restrooms.

Sprinkled throughout the gardens, visitors will find custom-designed pink furniture pieces, which can be dragged and carried into any configuration desired. The pink chairs, designed by RIOS and produced by JANUS Et Cie, have become an iconic and recognizable piece to Grand Park. 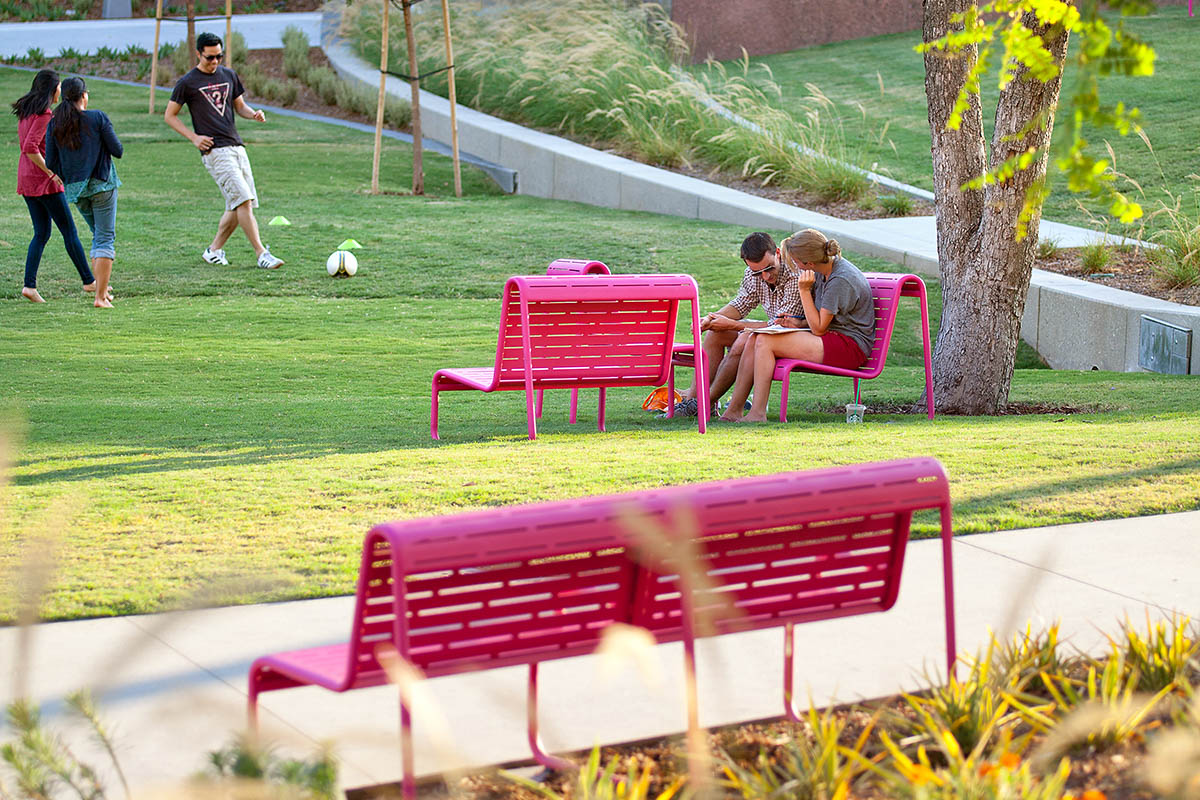 Grand Park was never meant to be a static monument, but rather an active “front yard” for residents of Los Angeles. The remarkable degree to which the space has truly developed into a dynamic community meeting ground has become evident over the past decade.

The seeds of co-creation were planted at the beginning of the multi-year community engagement process – including interactive workshops featuring a RIOS-designed programming “game” and forums with community groups, arts entities, neighborhood constituents, and governmental bodies – which informed the composition of program elements and design concepts for the park. 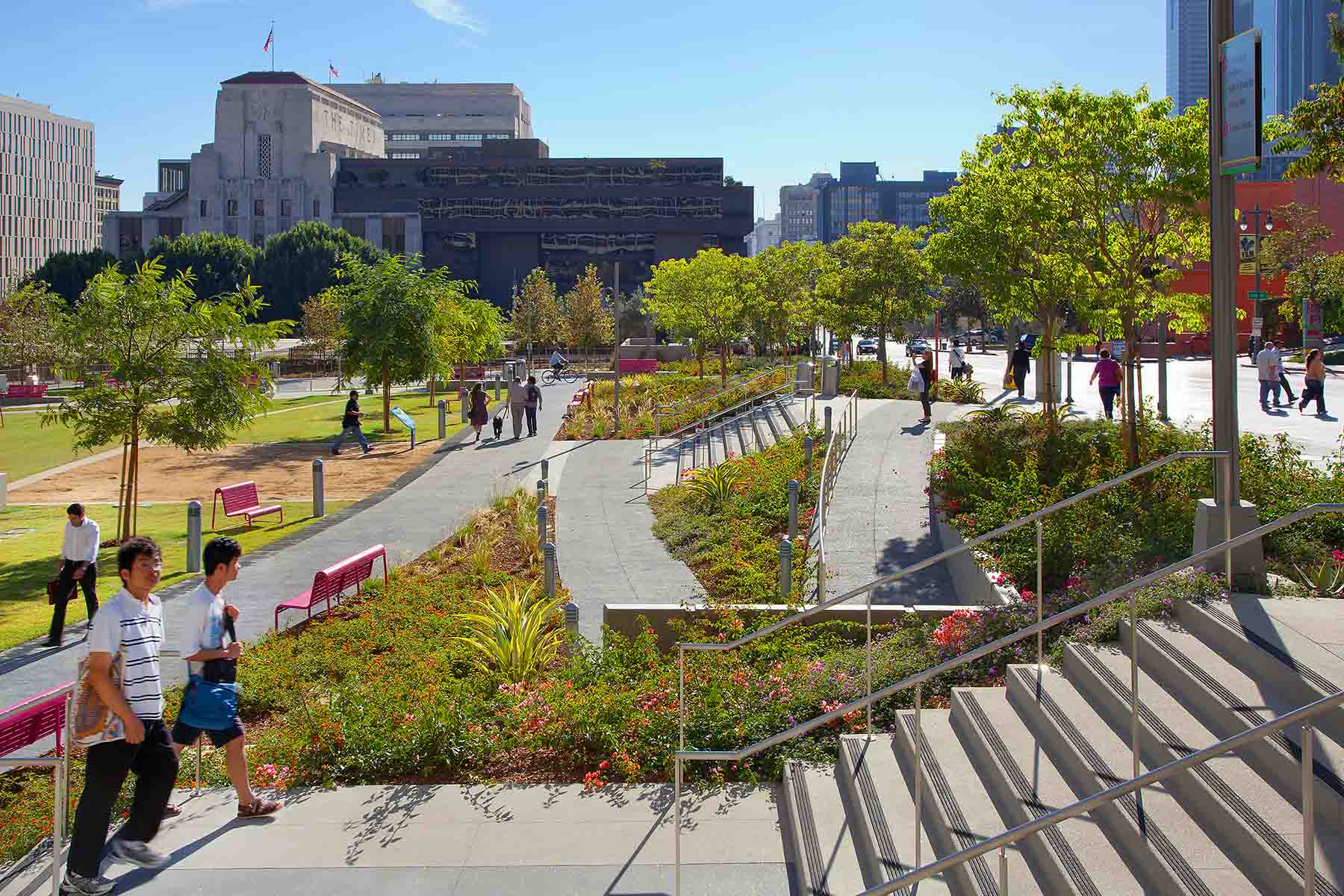 The continued success of Grand Park as a dynamic public commons is grounded in its relationship with The Music Center. The performing arts center manages the activations and programming of the 12-acre Park, which at the time of the park’s inception, was an unprecedented decision for a cultural institution. It is still a key component of the success of the park and ensures that cultural events remain accessible and open, just like the park itself.

With the addition of the recently renovated Music Center Plaza, completed in 2019 as the bookend to the continuous public space between City Hall and the Los Angeles DWP building, The Music Center offers a variety of event spaces – from the urban plaza, the event lawn in front of City Hall, and smaller gathering spaces peppered in between – all of which have been threaded with the requisite technical infrastructure.

As such, the Park has been able to host beloved seasonal events, such as the July 4th Block Party and the New Year’s Eve celebration, as well as performances, wellness programs, and cultural gatherings. 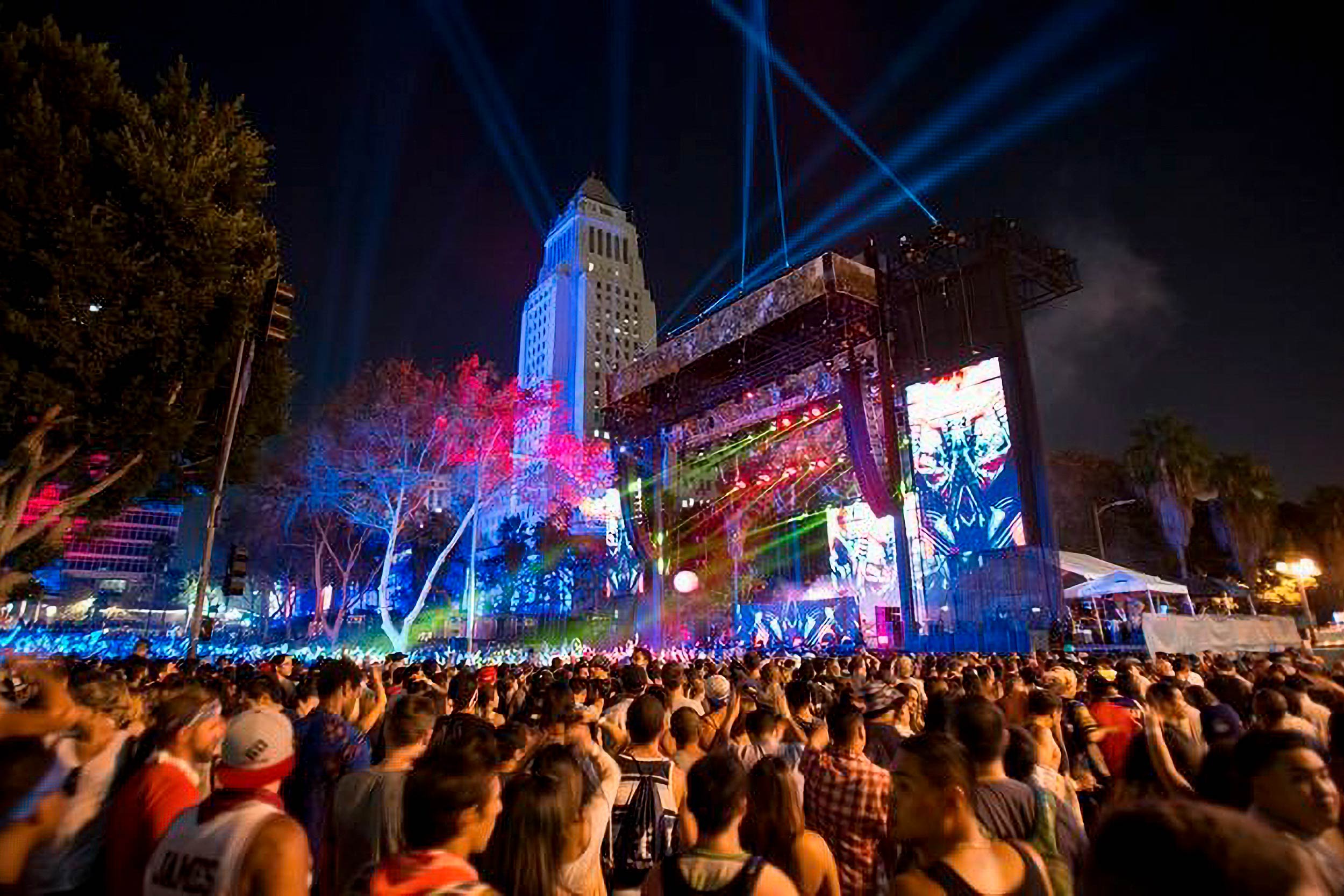 At the same time, a feeling of informality and spontaneity remains, allowing visitors to feel welcome and make the space their own. In recent years, Grand Park has become recognized as a community focal point where people can come together and collectively process or protest seminal events in our community or nationally. 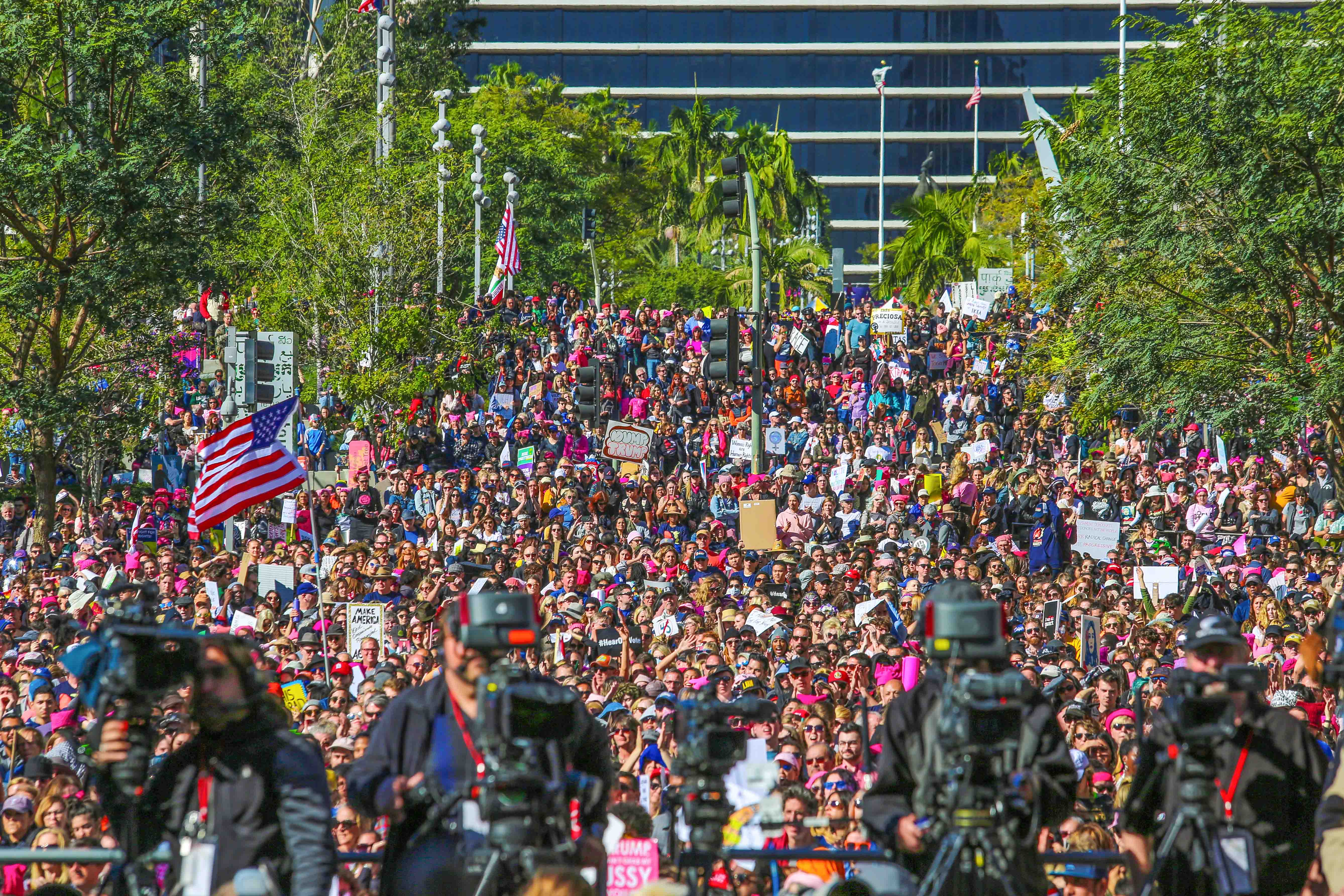 Grand Park is a place for gathering

The symbiotic relationship between the cultural venue and the public open space allows The Music Center to reach out to the immense diversity of Angelenos and provide the community with inclusive access to the Arts. Furthermore, the relationship underscores our understanding that culture is not just what is given to us, but what we make of it together.

We look forward to the future and the opportunity to reveal the layered histories of Grand Park and the perspectives of those who make up our collective and culturally diverse community. Grand Park is a framework to express and weave together all our stories in this cultural hub and evolving iconic landmark. 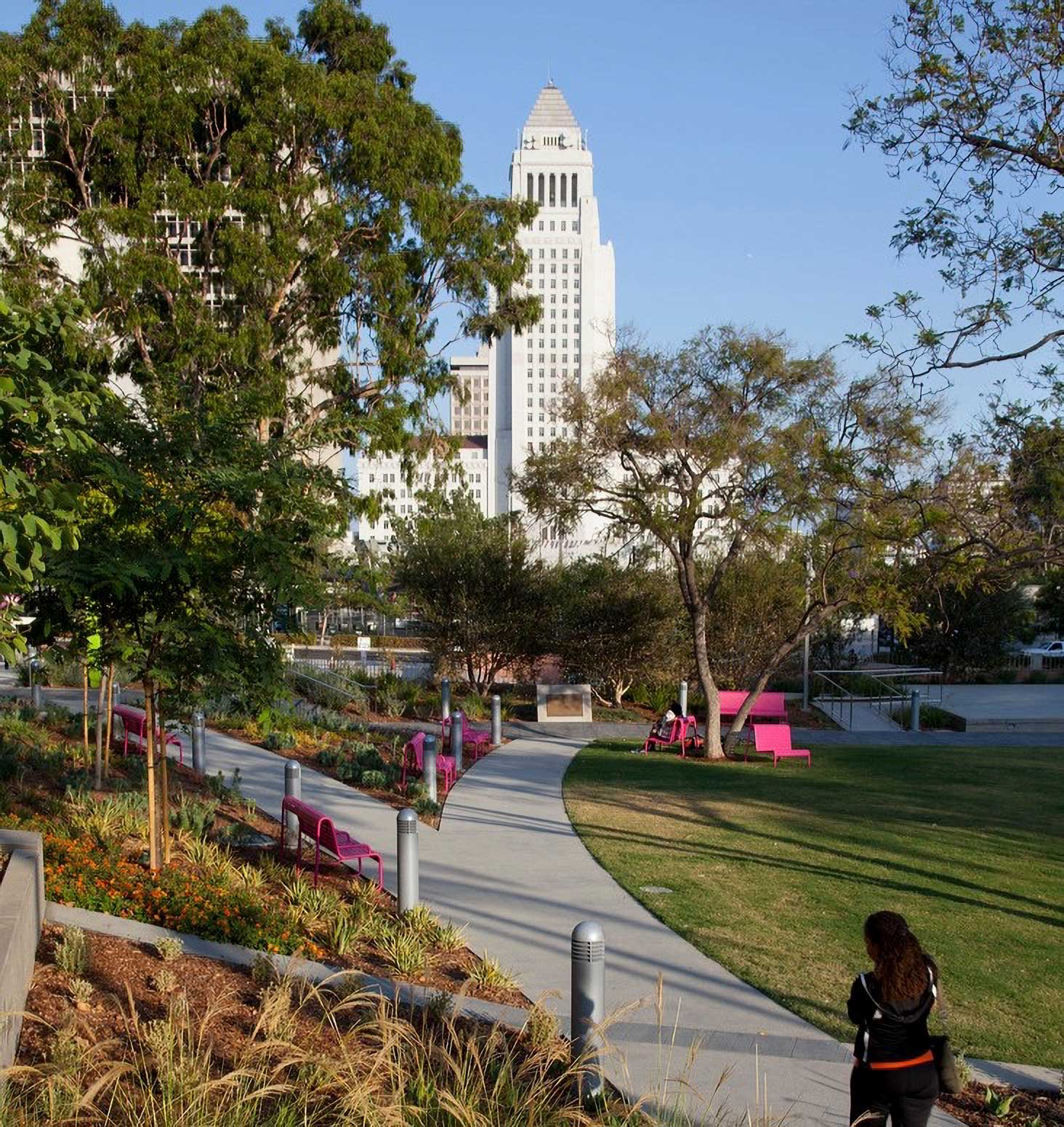 Grand Park pathways and the view of City Hall