Yes, No & WOW: A conversation with LA designers

Famed graphic designer Milton Glaser once said “There are three responses to a piece of design – yes, no and WOW!”

In this panel, we will talk to 5 LA designers about their process, inspiration, the magic of working in Los Angeles, and how they get to “wow.” 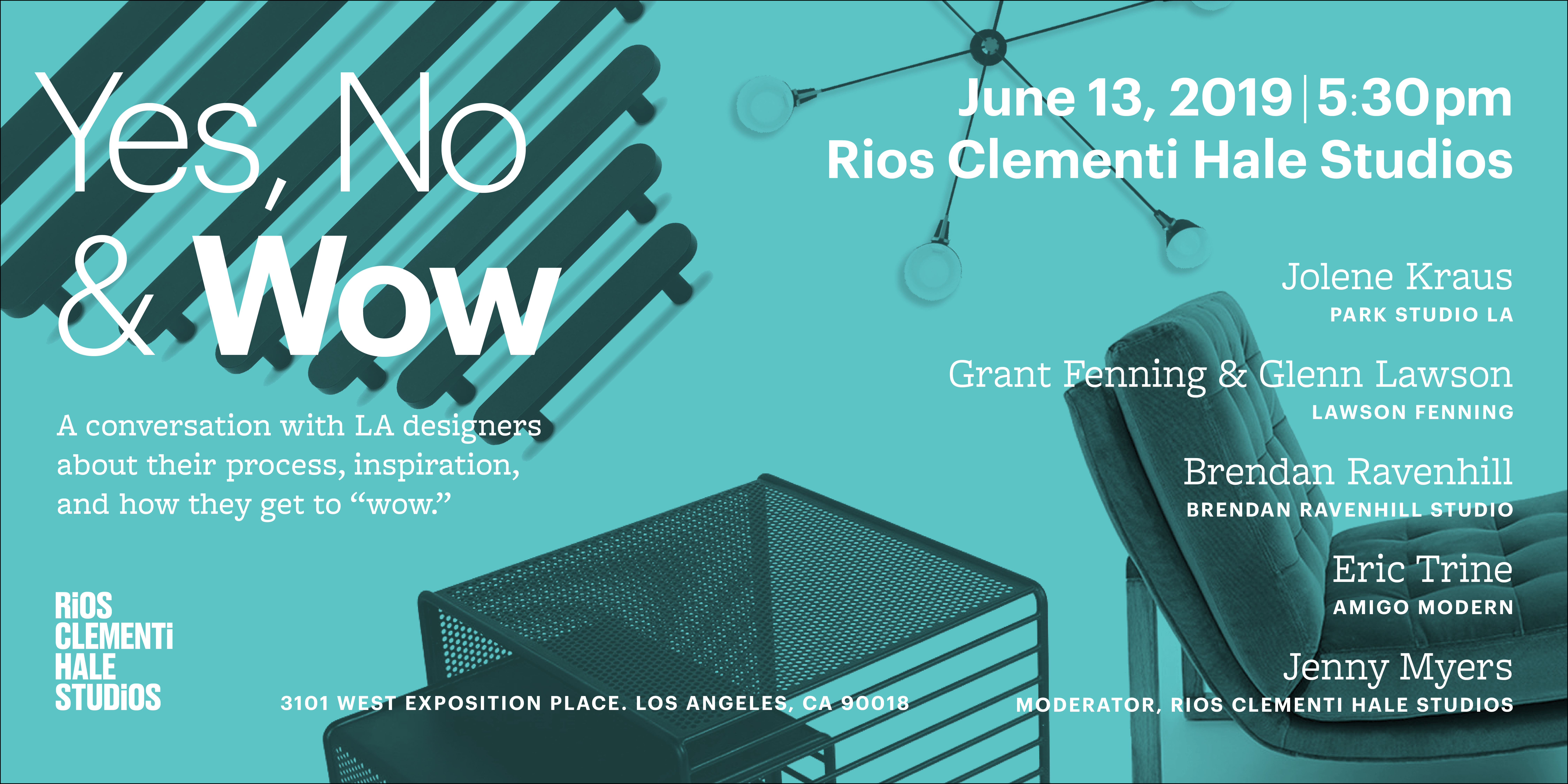 Brendan founded his LA studio in 2010, which took off quickly after he was noticed for his memorable design for the restaurant Osteria La Buca on Melrose. His workshop now focuses on lighting, furniture and product that is directly connected to the tectonics of materiality, the laws of physics and the fundamentals of craft. His work has been celebrated for a timeless but modern elegance.

Jolene is a prolific – and busy – LA designer and entrepreneur. She runs Parallel Group, bringing fresh designs from brands like Hightower and Watson to architects around the city, but that is just part of her daily life. She and her husband Ben started Park Studio in 2014, which began as a side hustle at their dining table and has since earned them Interior Design Magazine’s Best of Year award. Their lighting and hardware are known for a clean, minimal aesthetic and fresh sensibility.

A self-described object-based designer and commercial artist, Eric Trine grew up with an obsession with power tools and building things. He kicked off his Long Beach Studio around 2013 after furnishing his new home for he and his wife with DIY pieces that were born out of need… yet quickly evolved to be uniquely his own and coveted by designers and clients across the US. He defines his take on modernism as “clean, simple, casual, and approachable” and always with a colorful LA twist.

Lawson-Fenning began nearly 20 years ago as a partnership between two students at Art Center College of Design. Glenn Lawson & Grant Fenning, designers with a passion and vision for furniture, started with a small but ambitious workshop in Pasadena called Rm. 107 that has since evolved into a wildly successful and coveted national brand. Inspired by vintage and California modern, Lawson Fenning not only fabricate and market their own prolific designs, they continue to find and curate select vintage and new pieces, and nurture a robust platform that provides a rare place for up-and-coming designers and artists to showcase their work.