Plant Names Are Long, But Full of Spirit

‘Omnia mirari etiam tritissima’ was the motto of Carl Linnaeus, the Swedish botanist who formalized binomial nomenclature, the way we classify all living organisms using Latin names. We will get back to Carl in a bit, but for now we would like to focus on his motto which means ‘Find wonder in everything, even the most commonplace.’ It is our job as landscape architects to help people find the wonder in the garden, and often that is achieved through vast shapes and colors of plant material. Yet plants remain a mysterious and intimidating presence to many who have heard complicated Latin names like Eschscholzia, Syzygium, and Zantedeschia. We would like to help you understand that these Latin names tell a story about the specimens they identify, and that by learning these secret meanings, the world of plants will become infinitely more enchanting.

When you see the name of a plant at a nursery or botanical garden, you will often notice two names are given. The first is typically the common name, shown in standard text. Common names can be helpful, however they may only present a simple view of the plant and may be used to describe other species as well. The second is the Latin name, also known as the botanical or scientific name, and is in italics. It is the Latin name that holds the hidden tale about the plant’s origin, form, color, or growth habit.

If you find Latin names too complicated to decipher, consider that Catnip (Nepeta cataria) was once called Nepeta floribus interrupte spicatus pedunculatis – ‘Nepeta with flowers in an interrupted pedunculated spike.’ Fortunately, in 1753 Carl Linnaeus found these descriptive plant names far too long to memorize and developed the system of binomial nomenclature, in which two words are used to concisely describe a living organism. The first name is the genus or generic epithet. The genus is a collection of plants that is further qualified by the species name or specific epithet and is always capitalized.

Chances are if you live in Southern California and know even a little about flowers and trees, you are already using Latin names and you might not even realize it! Agave, Ceanothus, Jacaranda, and Camellia are all botanical names we have come to use as common names. Learning Latin names can be slow at first, just like any foreign language. With a new language we start with something simple like “Hello. What is your name?” It is the same when learning the language of plants. You start by learning parts of words, like that heli- means sun and -anthus means flower. These fractured pieces eventually merge to reveal the reasoning behind the plant’s name, unlocking their story. 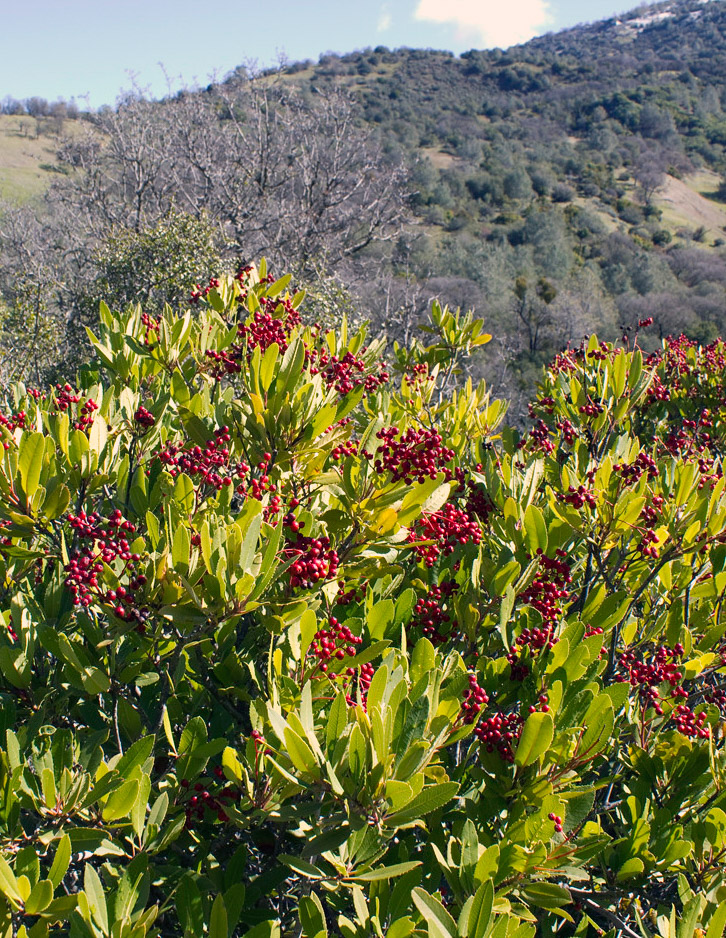 Hollywood is said to be named after the bright crimson berries of the California Holly or Toyon shrub, Heteromeles arbutifolia. 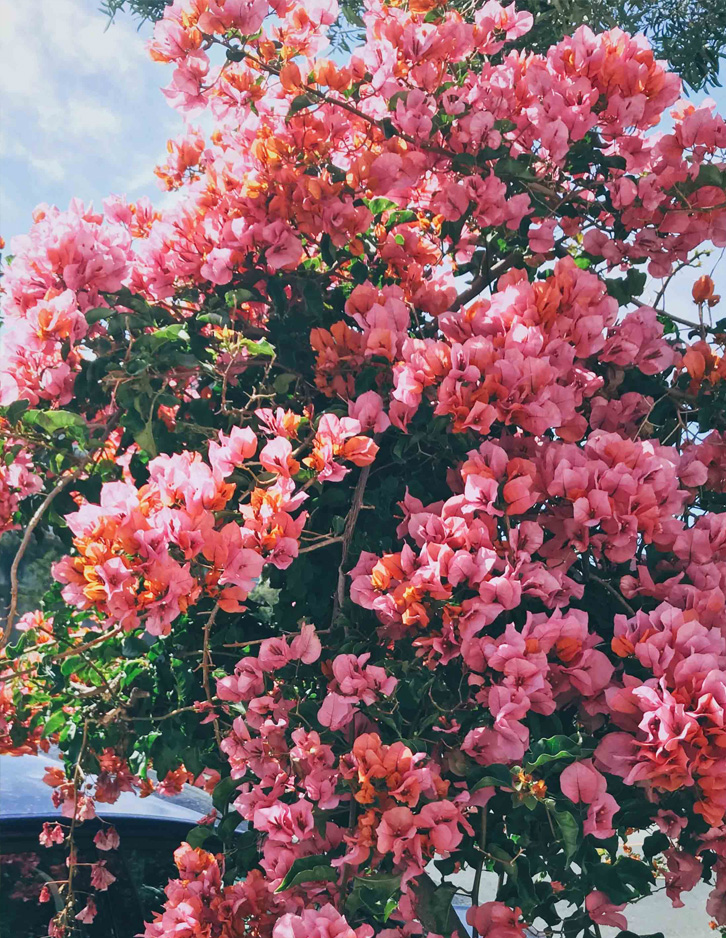 Bougainvillea was named after a French navy admiral, but was actually discovered by a female botanist who disguised herself as a man to set sail around the world.

We believe that culture proliferates via storytelling and we would like to ask you to become a storyteller. We would like to challenge you to learn the meaning behind the names of the plants in your backyard as ammunition for your next dinner party (read: zoom happy hour). Delight your friends with a botanical story, make someone else take an interest in plants. Here are two that come to mind:

The Toyon, a glistening dark green California native shrub, gets its Latin name, Heteromeles arbutifolia, from ‘hetero’ meaning “different” and ‘malus’ meaning “apple”, in reference to its tiny, red, apple-like fruits. The plant’s bright red berries and toothed leaves earned it the names California Christmas Berry and California Holly. When Harvey H. Wilcox purchased land in California the hills of California were ablaze with the fruit of the California Holly, leading him to name his property “Hollywood”. The allure of the fiery crimson fruit was so great that the state of California had to ban collecting Toyon branches for Christmas in the 1920s. These days we rarely notice the “Holly” in Hollywood, but it is the flamboyant Toyon that we have to thank for the name.

Bougainvillea spectabilis, commonly known by its scientific name, is named after French Navy admiral Louis Antoine de Bougainville, who circled the globe in 1763. But that is not the whole story. Philibert Commerçon, Bougainville’s botanist, was accompanied by an unrecognizable man on their voyage to Rio de Janeiro. Commerçon suffered a leg injury on this trip, and in his place, his mysterious partner ventured out into the jungle and returned with a new plant – Bougainvillea. It was later discovered that this man was in fact a young woman in disguise. Her name was Jeanne Baret and she was Commerçon’s lover and botanical assistant. At the time, women were banned from French navy ships and from studying botany altogether, and Baret had defied both to bring us the magnificent Bougainvillea in its kaleidoscope of colors. If when recounting your florid tales, you balk for fear of pronouncing the Latin name, rest assured that Latin is a dead language. Who is going to correct you? There is no definite way to pronounce plant names, but a good rule of thumb is to pronounce every letter you see in the name phonetically. Say it any way you want, just say it with conviction, say it powerfully. Just go for it. Try to learn the Latin name of every plant you come across. Plants are all around us – the more you look, the more you see. Each plant has a spirit and something to offer. It can be as simple as color, size, scent, shape, or even a personal association or memory. No matter what the reason, let us remember Linnaeus’ goal – to find wonder in everything, even the most commonplace.