The Fairway View residence is highlighted in the October 2020 issue of Elle Décor, noting RIOS as the architect on the project. The article highlights Ernest de la Torre’s collaboration with RIOS, including how the two worked together to marry two opposing themes: clean and modern sensibilities of the client, with the vintage flourishes of the 1934 Tudor-style duplex, evocative of the English countryside, to achieve “an airy California cool tempered by organic textures and a historical collection of art and design.” 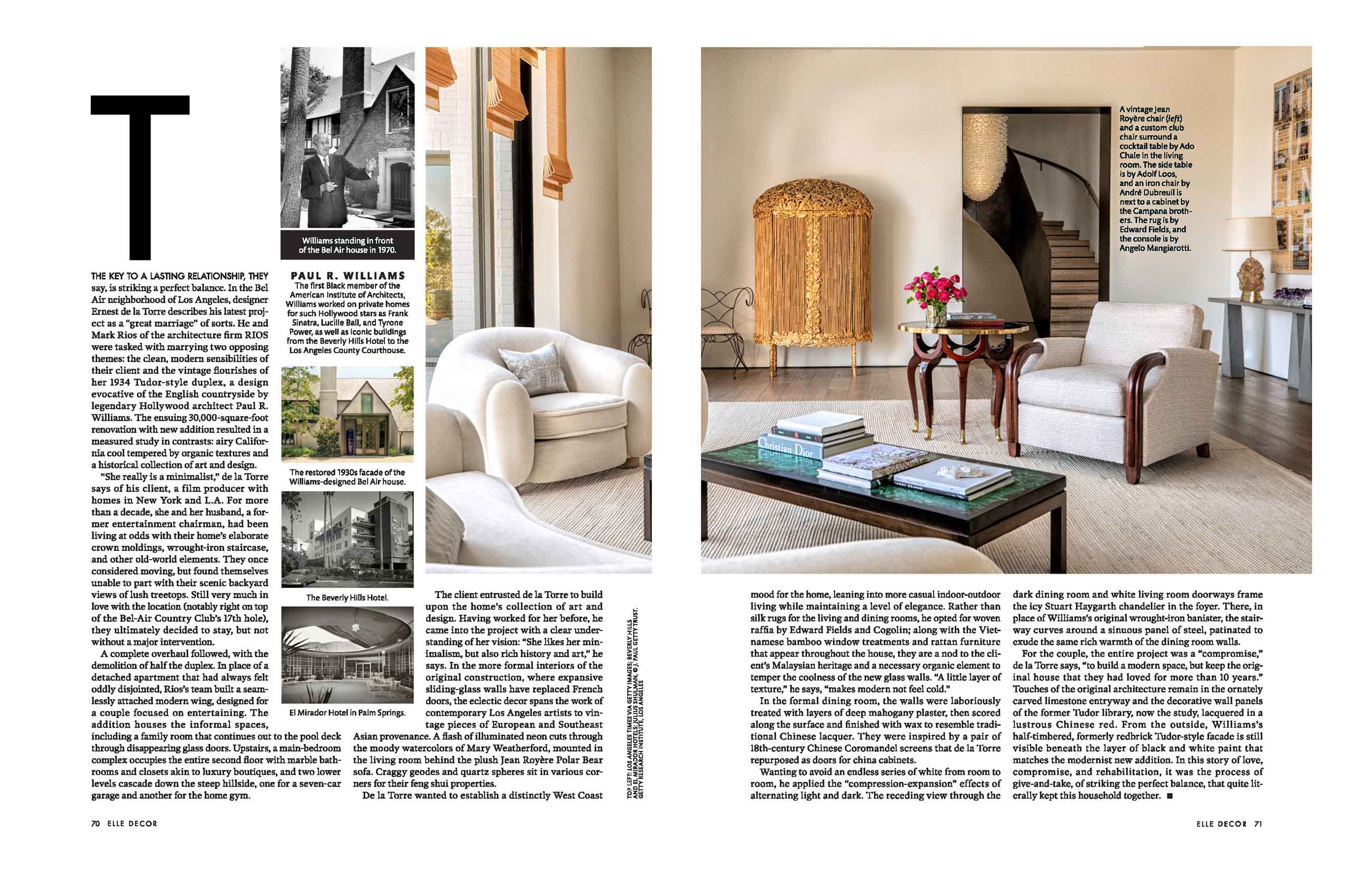 "The key to a lasting relationship, they say, is striking a perfect balance."

“The key to a lasting relationship, they say, is striking a perfect balance. In the Bel Air neighborhood of Los Angeles, designer Ernest de la Torre describes his latest project as a great marriage of sorts. He and Mark Rios of the architecture firm RIOS were tasked with marrying two opposing themes: the clean, modern sensibilities of their client and the vintage flourishes of her 1934 Tudor-style duplex, a design evocative of the English countryside by legendary Hollywood architect Paul R. Williams.”

“A complete overhaul followed, with the demolition of half the duplex. In place of a detached apartment that had always felt oddly disjointed, RIOS’ team built a seamlessly attached modern wing, designed for a couple focused on entertaining. The addition houses the informal spaces, including a family room that continues out to the pool deck through disappearing glass doors. Upstairs, a main-bedroom complex occupies the entire second floor with marble bathrooms and closets akin to luxury boutiques, and two lower levels cascade down the steep hillside, one for a seven-car garage and another for the home gym.” 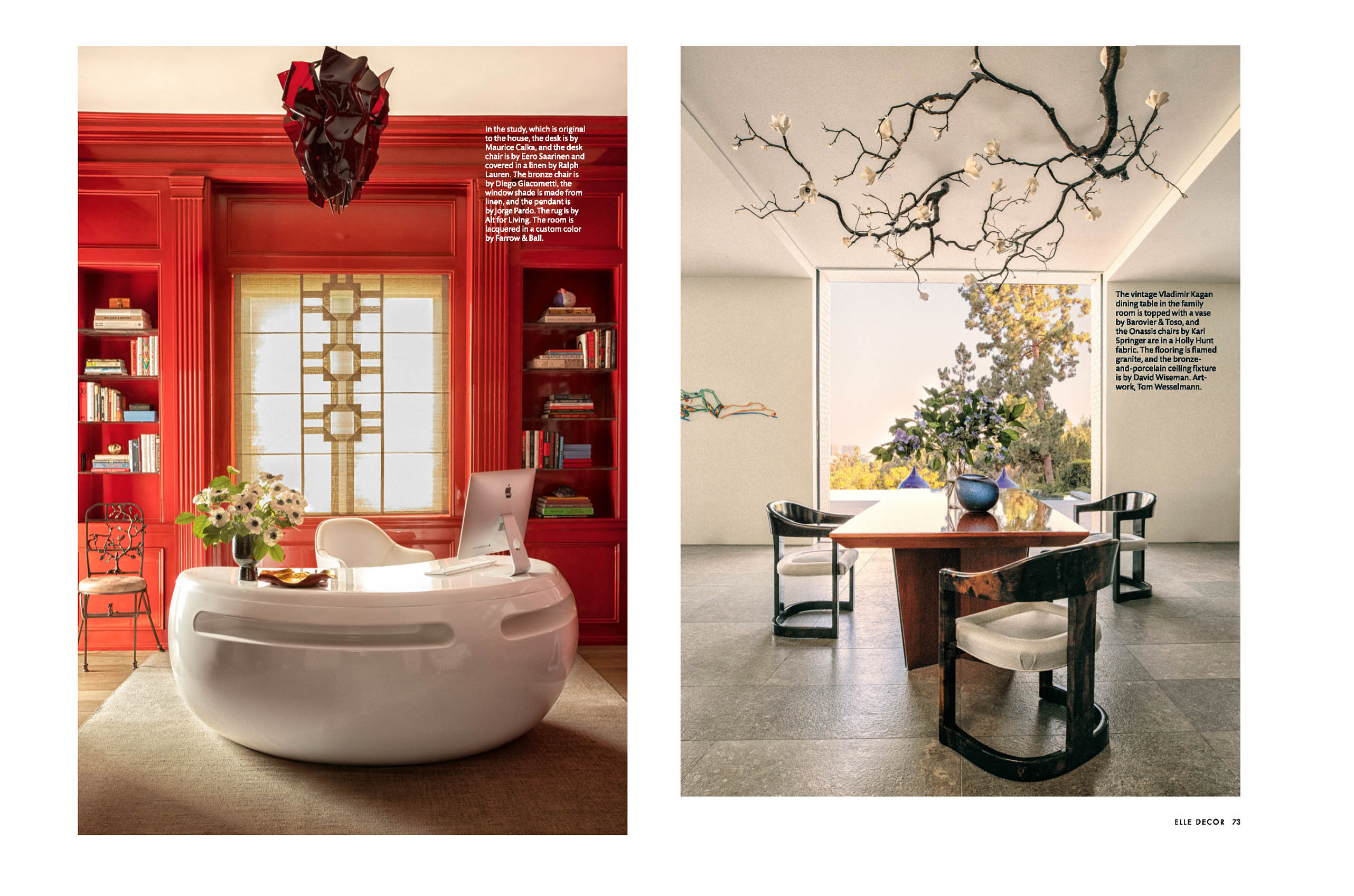 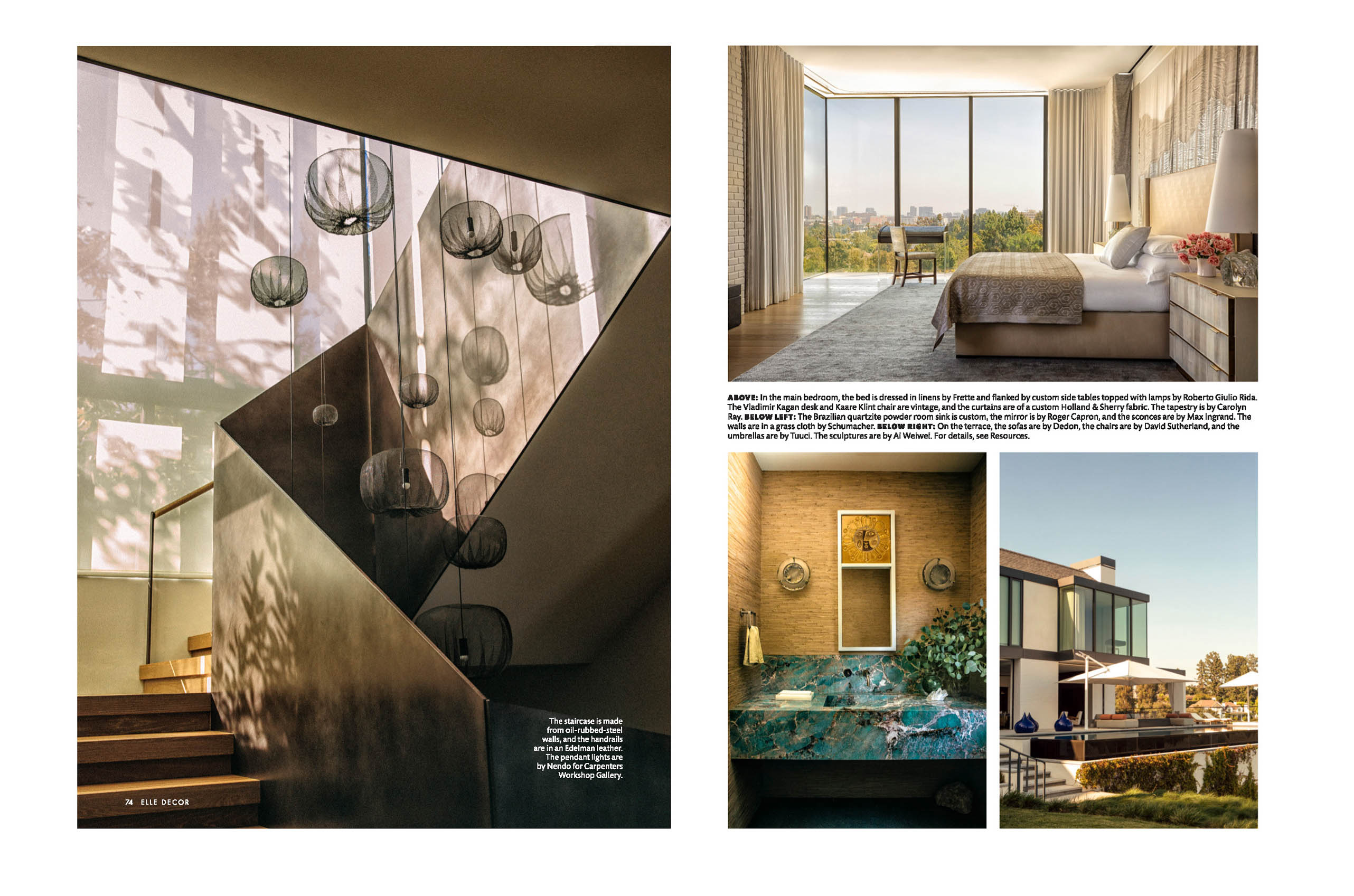